After the Board of Control for Cricket in India announced last week that it will review its sponsorship deals with Chinese brands like Vivo, the ‘Boycott China’ mood is now assessing the quantum of sports equipment imported from China. From shuttlecocks to table tennis balls and from boxing headgear to gym equipment, China remain India’s largest suppliers of sports goods.

In February this year, Kohli signed up as a brand ambassador for Chinese smartphone brand, iQOO (I Quest On and On). Duff & Phelps puts Kohli’s celebrity brand value at US $237.5 million, the highest among cricketers and 10 times more than Rohit Sharma’s. Kohli’s brand value is twice that of filmstar Akshay Kumar, the second best among Indian celebrities.

Cornerstone, Kohli’s celebrity management team, did not reply to Outlook’s query asking for any BCCI-like review on Kohli’s deal with iQOO, a brand under BBK Electronics, a Chinese multinational company that also markets brands like Vivo, Oppo, OnePlus and Realme.

Sindhu’s historic deal came on the back of another significant four-year deal that Li-Ning signed with Kidambi Srikanth. Recommended for the Khel Ratna this year by the Badminton Federation of India, Srikanth’s deal is worth Rs 35 crores.

Li-Ning also has a deal with the Indian Olympic Association and that is already under strain.

Baseline Ventures, the company that manages both Sindhu and Srikanth, also did not reply to Outlook’s query on how safe the deals with Li-Ning were.

A senior functionary of a high-profile celebrity management company, on condition of anonymity, told Outlook that Cornerstone and Baseline Ventures’ reactions were “understandable.” 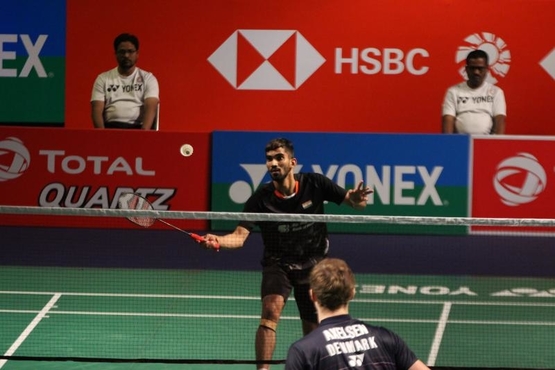 “We also have some top Bollywood stars who are endorsing Chinese brands. We have asked them to remain low and share no content on any platform. All celebrities are now soft targets and this wasn’t unexpected,” he said.

Lloyd Mathias, a veteran marketing expert and associated with sports for long, felt that individual endorsement deals will come under pressure for sure.

“More than the government, the pressure will be from their large fan bases,” said Mathias.

“The mood may change when the discussion shifts to how many Indians in India are employed by Chinese owned/funded companies. Is there no concern for their livelihoods?” asked Mathias.

The official of the celebrity management company said the coming weeks “will be wait and watch” as the government’s ‘Boycott China’ seems like a lot of “hot air.”

“We are expecting the anti-China call to die down once the disengagement process starts and it will be back to normal business,” he added.