#TuesdayTrivia: How did Amitabh Bachchan come on board Kaun Banega Crorepati 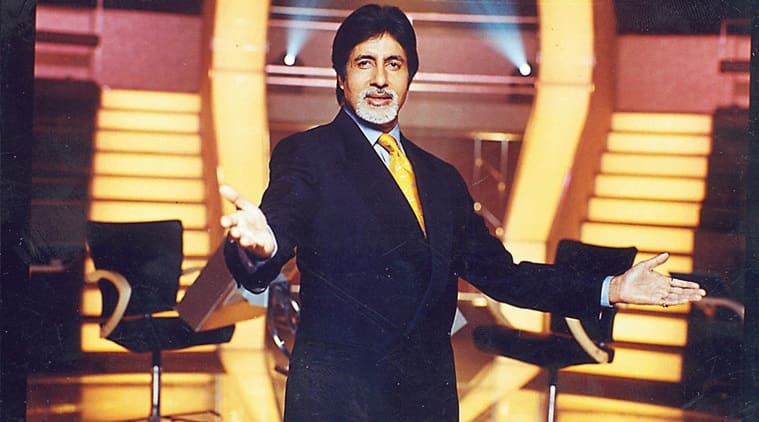 Creator of Kaun Banega Crorepati, Siddhartha Basu during an interaction with indianexpress.com had mentioned, “Amitabh Bachchan is the force multiplier of the show.” Well, most of the audience also believe that there can never be a better host than Big B for the quiz-based reality show.

But do you know that Amitabh wasn’t really keen to be a part of the show, and the makers had to fly him to the “Who Wants to be a Millionaire?” set before he gave his nod.

As part of Tuesday Trivia, let us give you details on the same.

Journalist-author Vanita Kohli-Khandekar in her book “The Making of Star India” gives an insight into how Kaun Banega Crorepati changed the channel (Star Plus).

The then programming head Sameer Nair, in an interview, told the author that Amitabh Bachchan was their first and only choice as the host when they decided to launch the popular international format in the country. India’s biggest superstar at the time was 57 and was experiencing a lull in his career, with almost no connect with the new generation. However, since he was an icon, the team was excited to get him on board.

Bachchan’s family was completely against the idea, and back then, doing television meant a step down for film stars. As for the actor, he wasn’t able to make up his mind. And in order to convince Big B, the team, along with the actor, flew off to London and spent a day on the sets of the UK version of “Who Wants to Be A Millionaire?” to get a hang of things.

Sidhhartha Basu narrated that after being quiet for most of the day, Big B asked Sameer Nair ‘Can you do it exactly like the Brits?’ Basu and Star India worked intensively for months on the project which finally premiered on July 3, 2000. It went on to change not only the fortune of the channel but even kickstarted a new innings for Amitabh Bachchan.

The book also revealed that the initial plan was to keep the prize money at one lakh but Rupert Murdoch, in one of his visits to India before the launch, increased the prize money. He also made it an hour-long daily instead of half-hour weekly (like the international series). The name of the show was then finalised as Kaun Banega Crorepati, instead of Kaun Banega Lakhpati.