Vinod Kapri is a film-maker who travelled with seven migrant labourers from Ghaziabad to Saharsa, Bihar for seven days and seven nights. The former journalist is also the writer and director of award-winning 2018 film Pihu. He spoke to Outlook about the arduous journey of the migrants, the highs and lows of it, and what gave him the impulse to pursue their story. Here are the edited excerpts.

Q: How did you start?

On April 13, I saw a post on Twitter about some 30-40 migrant labourers who were stranded in Ghaziabad’s Loni area with no food or money. I helped organize funds for them. But after 3-4 days, they called again and said the supplies had run out. They also said it was embarrassing for them to be asking for food again and again. They were a very self-respecting group of people. 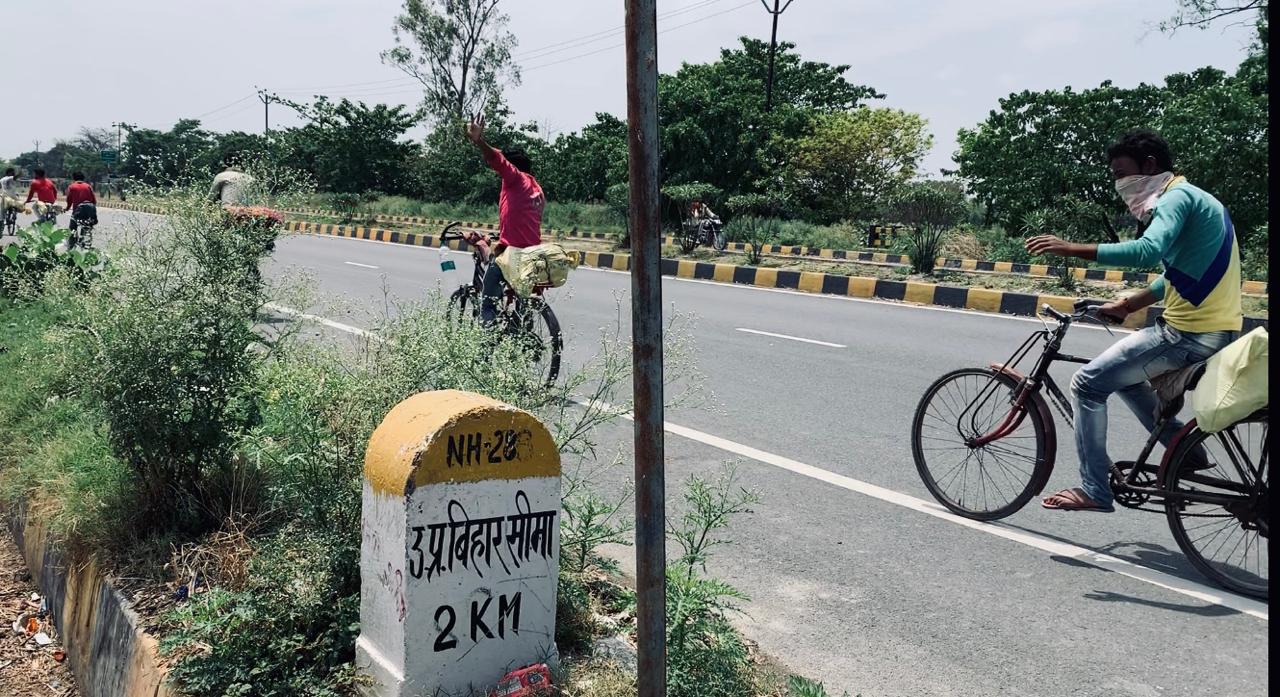 The next time the supplies dried up, they asked if there was a way for them to go back to Saharsa, Bihar. I advised them against going and said it was a very risky idea. They’d rather die on the way than stay in that situation, they said. When I called them on 27th, they told me that seven of them had already left. I googled the distance to Saharsa and found it was over 1,200 kms! I was aghast. I just felt their journey must be documented. My team and I left in our car the next morning and found them near Sambhal.

Q: Tell us about the journey?

They were beaten up by the police and told to return the very day they started. They resorted to alternate routes. One of them was very tech savvy, and used the Google Earth app to find the pedestrian route.

The same night, they tried crossing the Ganga. A group of fishermen spotted them and asked if they had any idea how deep the river was. When the fishermen saw how adamant they were on crossing, they told them to wait until morning and they’d ferry them across. Plus, they had cycles and they wouldn’t have been able to swim with them.

The cycles were another issue. They had bought those second-hand cycles after asking their respective families back home to send money. Already in bad condition, the cycles kept having some problem or the other. They had to pull the cycles for kilometres until they found a repairman.

Q: What other difficulties did they face?

Food was certainly the main issue. They did not have money and only had some stock of chana and sattu. Because of the lockdown, all the hotels were shut. We’d occasionally find a grocery store and get bread and butter from there. Or bananas from a fruit-seller. The labourers did not bathe on the way as they feared a group of seven bathing together could be easily spotted by anyone and the police might come and beat them again. As much as they felt the need to bathe because of heat and sweat, they could not. The nights in open were made difficult by mosquitoes and insects.

Q: Did anybody help them?

Yes. By the time they had reached Lucknow, their health had taken a blow, and their shoulders had drooped. One trucker took pity on them and gave them a ride for some 30 kms. Then they cycled again. Another trucker gave them a lift till Gorakhpur, for about 100 kms. That eased their journey quite a bit.

When they reached Bihar border, with about 350 kms still left for their village, they were screened for symptoms. The Bihar police took them under their protection and sent them in a bus to the isolation centre near their village. That’s a good thing the Bihar government has done – making isolation centres in villages and keeping the natives there.

Q: How did they react upon reaching the village?

Oh, I can’t tell you how emotional a moment it was. They were screaming with happiness and joy. I was with them and they were showing me the pond where they used to bathe, their temple, their corn fields … it was a beautiful village. Their family members were running behind the bus, crying, as the bus went to the isolation centre. They met them briefly before going into isolation, but they were so much at peace because they were in their village. My team and I spent the night in the village; we were overwhelmed by their hospitality. It was a happy ending to the journey. 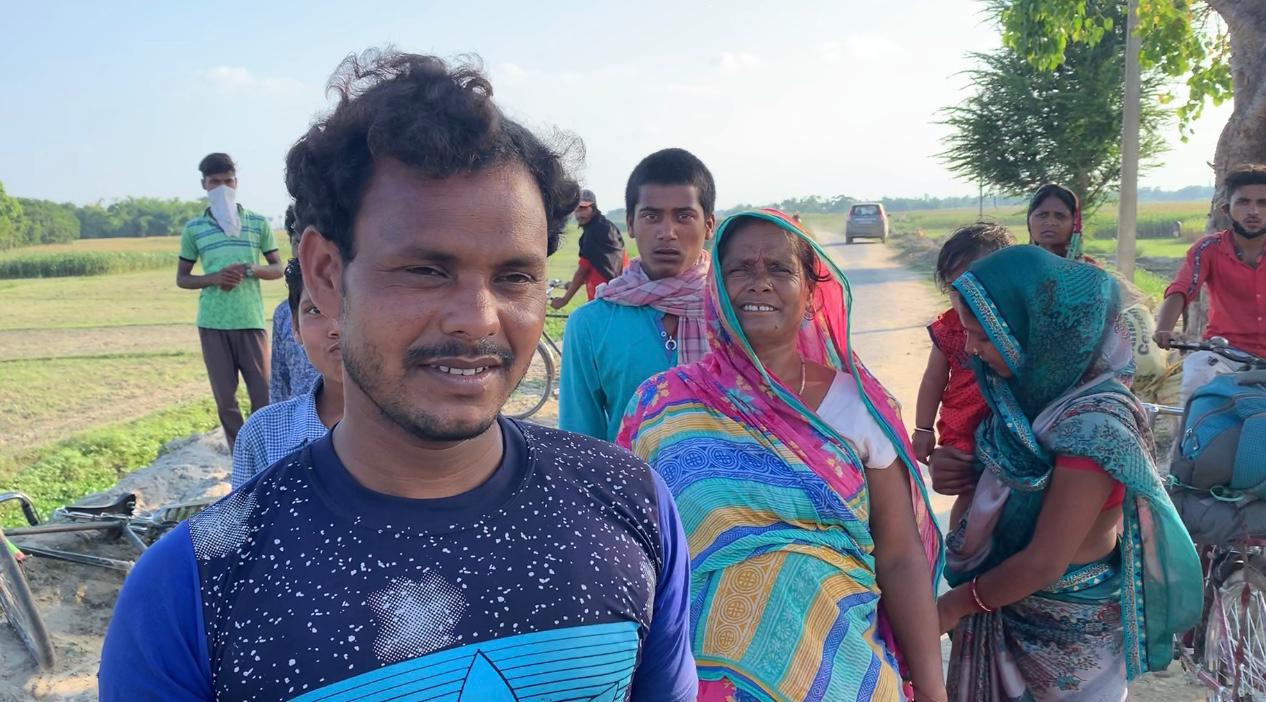 Q: Were you worried on the way that it might not be so?

Yes, no doubt the worry was constantly there. I had read so many reports of labourers collapsing and dying on the way, meeting with accidents, etc. With less traffic on roads due to lockdown, the trucks were moving at great speeds. I was just praying that nobody in the group falls due to exhaustion, or loses control of the cycle while trucks whizzed past them.

Q: There must have been happy moments too on the way?

After they had got a ride with the trucker for a good 100 kms, they were very happy. We had dinner together, and then they sang Bhojpuri songs for us. I can never forget that beautiful evening. And finally, when I was leaving the village, three of them cried. We have promised each other to always stay in touch.

Q: Has the journey changed anything for you?

When I set out on this assignment, I had this deep curiosity about what makes people take such immense decisions. I wanted to know who these brave people are, and wanted to see them from close … I have had my house renovated twice and it’s people like them who did it. The way I look at them now is entirely different.

Most importantly, we met more good people on the way than the bad ones. Should I only let the incident of police assault on the migrants shape my memory of the journey? No. I’ll remember, and remember more prominently, the puncture-repair person who refused to take 30 rupees from the labourers. And the sweet shop owner who was only selling tea that day but made samosas for us when he got to know our story. 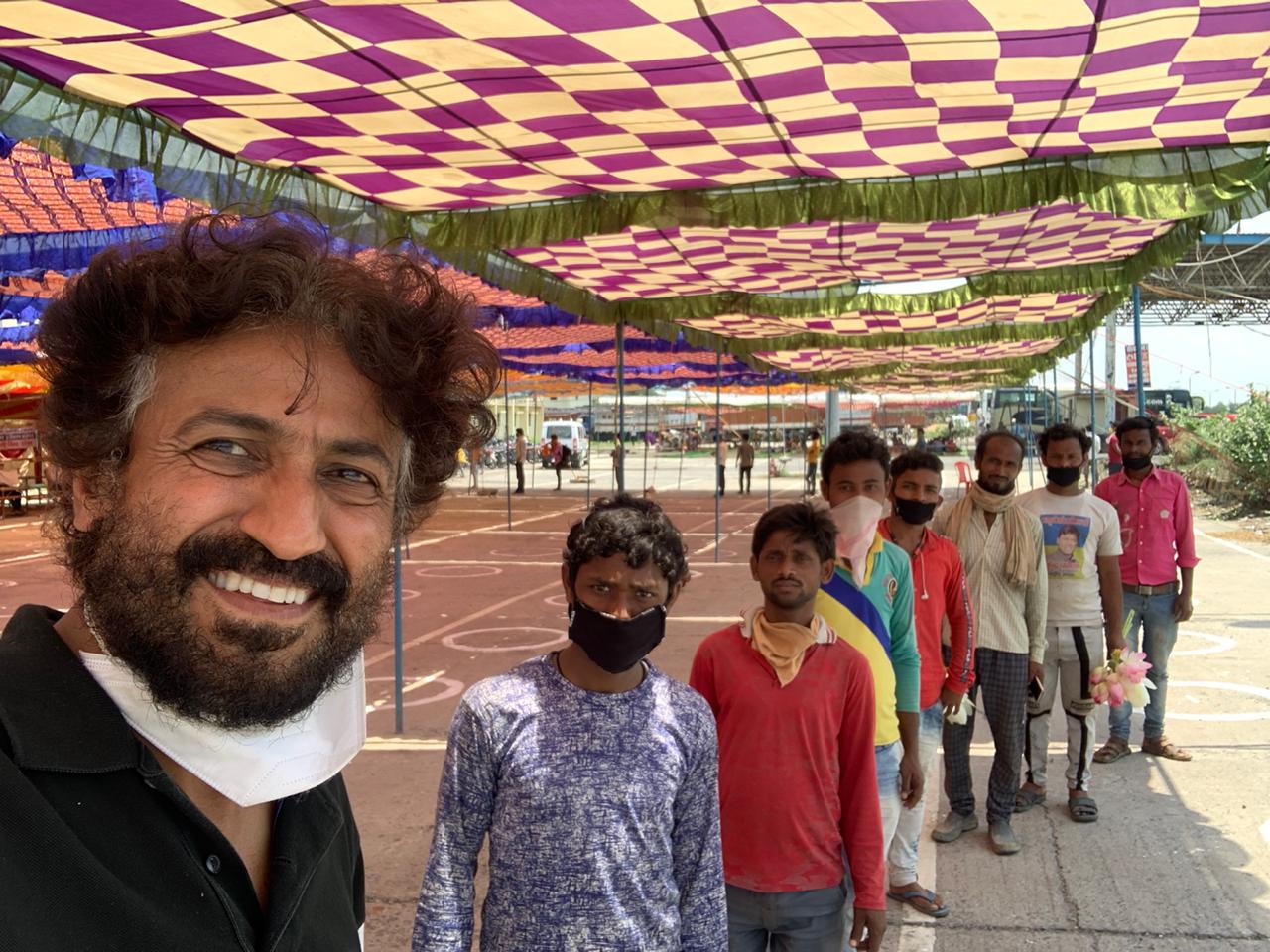 And of course, the truck drivers who agreed to give a ride to them at great personal risk. If the police had caught them, they’d have been charged Rs 20,000. Even the trucks would have been seized. Yet, they melted when they heard the story and agreed to take the risk. There is certainly more good than bad in this world.