To Give Sourav Ganguly And Jay Shah A Full Term, BCCI Seeks To Pour Water On Lodha Reforms In New Constitution

The Virat Kohlis, M.S. Dhonis, Mithali Rajs or Shafali Vermas fill the bleachers and headlines, but most of the cogs in the giant wheel that’s Indian cricket are made of officials and administrators . At times, prominent officials have grabbed headlines too, often for wrong reasons. In March 2014, during the early days of the 2013 IPL match-fixing and betting case, Justice A.K. Patnaik had famously commented that N. Srinivasan’s continuance as president of Board of Control for Cricket in India president was “nauseating”. Srinivasan, then one of the most powerful men in world cricket, was in soup because his son-in-law, a team owner of Chennai Super Kings, was in the eye of the betting scandal. Srinivasan finally had to step aside.

The BCCI held its general elections in October 2019, 33 months after its affairs was overseen by the Supreme Court-appointed Committee of Administrators (CoA), who were to put in place the Lodha committee reforms. Now, the BCCI is again at the doorstep of the apex court to know the future of its office-bearers, including former India captain Sourav Ganguly and Jay Shah, the son of Union home minister Amit Shah. The richest cricket association of the world faces a power vacuum as its president, vice-president, secretary and joint-secretary have either resigned, stopped functioning or at the end of their tenures as per the new BCCI constitution approved by the SC in August 2018. It’s an unprecedented situation, where the Board’s top office-bearers are technically staring at an uncertain future.

Ever since the BCCI’s private broadcast partners, ESPN-STAR Sports, won a landmark Supreme Court case against Doordarshan on sharing of live sports feed in 2013, the Board has seldom lost a major case in the apex court. Flushed with billions of dollars from the sale of broadcast rights and patronised by major political parties, the BCCI has never shied away from flexing its financial muscle. Its utter arrogance can be gauged from the fact that it has repeatedly refused to come under the RTI Act. The SC might have spoken harshly about its affairs during the hearing of the 2013 IPL match-fixing and betting case, but no court or government, over 90 years, have tamed the BCCI fully.

The BCCI wants the SC to waive the three-year cooling off clause that stops Ganguly, Shah, George from holding on to their posts.

The appointment of Ganguly and Shah as BCCI president and secretary respectively, immediately after the end of the CoA’s stint, was an audacious riposte to R.M. Lodha, the former Chief Justice of India who was instrumental in scripting a new constitution with stringent rules on the tenure of a cricket administrator. Knowing fully well that Ganguly, Shah and joint secretary Jayesh George can function for less than 12 months each, the Board’s AGM elected them unanimously on October 23, 2019. The Board members were certainly not naïve—senior BJP leaders worked dramatically behind the scenes to pitchfork Ganguly, Shah and minister Anurag Thakur’s brother Arun Singh Dhumal to the hottest seats in Indian cricket. Top positions in BCCI almost always come with certain promises and guarantees.

In March 2020, Mahim Verma quit as BCCI vice-president after being elected as secretary of the Uttarkhand cricket association. With the COVID-19 pandemic wrecking BCCI’s plans to organise the IPL 2020, cricket administration lost steam till the BCCI honchos apparently discovered mid-April that the days of the office-bearers were numbered. Since CEO Rahul Johri, who enjoyed sweeping powers under the Vinod Rai-led CoA, had already been sidelined, treasurer Dhumal became the de facto in-charge since Shah had ‘officially’ stopped functioning early May.

The BCCI finally filed an online application in mid-May, seeking direction from the Special Bench of CJI Justice Sharad Arvind Bobde and Justice Nageswara Rao on a slew of amendments made to the constitution. Conspicuously, its petition urges the SC to waive the three-year ‘cooling off’ clause that restricts Ganguly, Shah and George from operating as BCCI office-bearers for two full terms of three years each. The new constitution, approved in August 2018 by the SC on the basis of the Lodha reforms, prohibits anyone who has served six years in either a state association or BCCI from continuing as an office-bearer. BCCI now wants to delink their officials from any time they might have spent in a state cricket association. 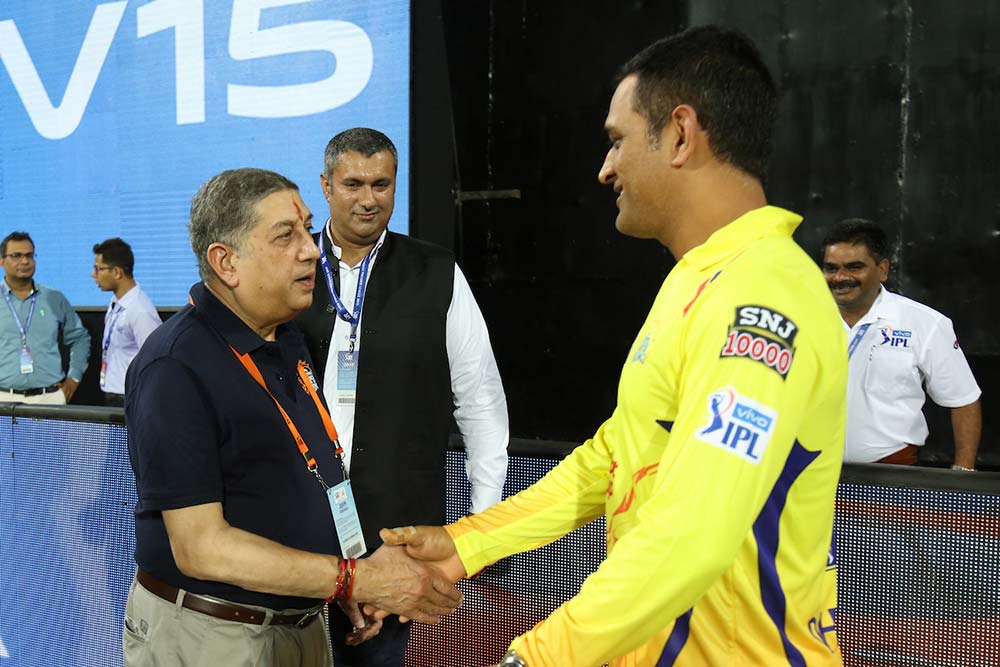 Prominent among the reforms that Justice Lodha had suggested was one that sought to curb the noxious ‘conflict of interest’ in Indian cricket—preventing sons and daughters of erstwhile administrators to occupy positions of power. “The fact that someone’s son, or someone’s brother, or someone’s daughter have been elected unopposed obviously means that the spirit of the reforms has been seriously dented. Of course, the letter of the reforms has been followed, but the spirit has been damaged,” Lodha had said in an interview to Outlook in October last year. Lodha had also taken umbrage to the fact that when the new constitution was cleared by the SC, quite a few reforms were toned down.

Indeed, if the SC special bench approves the changes sought in the BCCI’s aggressive petition, there will be very little impact left of the original reforms recommended by the Lodha panel. “I don’t feel like speaking on BCCI affairs,” says Justice Lodha, when asked to comment on the fresh application.

Legal experts feel the BCCI petition is “not a priority” for the special bench. Justice Bobde has never been keen on the BCCI matter; it is learnt that Justice Rao’s role will be crucial. He was part of the Justice Mukul Mudgal committee when the probe into the IPL betting and fixing case had started. “He knows this case from its roots. BCCI will really have to convince him to win a favourable order and it’s not going to happen in a jiffy,” says a legal expert. “It also depends on who is arguing from the other side.”

The BCCI application may come up for hearing in June, since Ganguly has to vacate his chair by July-end. Legally speaking, the bench could either allow the changes straight away or order a status quo and deliberate at a later date. “Status quo is a likely option as then BCCI work continues. In all fairness, Ganguly or Shah should get a full term,” says a senior advocate. There are about six amendments suggested in the 30-page BCCI petition. Apart from the ‘cooling off’ clause, the Board wants sweeping powers for the secretary and asks that age should not be made a factor in choosing a representative to the ICC.

The decision of the bench will not only have its consequences in the BCCI but ICC as well. With incumbent Shashank Manohar not keen on a third two-year term as ICC chairman, the position will be up for grabs. Although England’s Colin Graves is pitted to succeed former BCCI chief Manohar, Ganguly’s name has done the rounds in recent weeks. ICC directors are each allowed to nominate one candidate, who has to be either a present or past ICC director. Nominees with the support of two or more Full Member directors are eligible to contest the election. It leaves Srinivasan with an outside chance too. Ganguly won’t mind a stint in this coveted position, given his goal of winning India the largest share of ICC’s revenue and keeping Test cricket alive.

The next three months will be pregnant with possibilities. While cricketers wait to return to action, power equations are set to change as winds with strong under-currents sweep the cricketing world. A favourable wind can get India or BCCI what it wants.