Time India Augments Efforts On Scientific Research And Development To Survive The Pandemic, Its Aftermath

Amidst the current pandemic, the world has witnessed an enormous surge of research, with countries racing to find a cure for the virus that brought everything to a standstill. The pathogenesis of the novel Coronavirus still remains to be explained accurately. Hence, vaccine development in tackling this novel virus is a hard task. Of the confirmed active vaccine candidates, 56 (72 per cent) are being developed by private/industry developers, with the remaining 22 (28 per cent) of projects being led by academic, public sector and other non-profit organisations.

Lead developers of active COVID-19 vaccine candidates are distributed across 19 countries, which collectively account for over three-quarters of the global population. The need of the hour is a robust cooperation between various bodies such as vaccine developers, policymakers, financial support branches, public health sectors and manufacturers to ensure that selected vaccines can be produced in sufficient quantities. They should be fairly distributed to all heavily affected areas, particularly low-resource regions.

Let’s understand briefly the pathogenesis of Covid-19. Studies of the immune responses in afflicted patients in Wuhan revealed that the severity of the disease might be due to a “cytokine storm” (a sudden rise in levels of certain defence proteins called cytokines in the blood). The receptor for SARS-CoV-2, namely the ACE2 Protein (Angiotensin Converting Enzyme 2) is expressed in alveolar cells in the lungs. The spike glycoprotein of the virus helps in docking to these cells by interacting with the receptor, following which the virus releases its genetic material into the host cell. It then hijacks the host cell machinery to replicate and produce more virus particles. The body responds to the infection by recognizing the viral RNA when it is replicating within the host cell. This in turn, leads to several downstream signalling cascades with the end result of producing an army of defence proteins to curb the viral spread. Eventually, our adaptive immune cells start producing antibodies to offer long-lasting protection against the pathogen.

Owing to the advances in molecular biology and bioinformatic screening technology over the past few years, a wide variety of possible intervention strategies can be designed. As regards to the vaccine development, there have been efforts to select a target antigen (a viral protein or protein fragment) which can induce antibody production in the host. The debate regarding the use of the entire spike glycoprotein or only the key sequences remains to be resolved based on success of the vaccine trials. Nucleic acid (DNA or RNA) based platforms have also been posited as viable contenders. These have been shown to be more stable and simpler to manufacture compared to more traditional vaccines as they can be made only using synthetic biology, eliminating need for prolonged culture. Some key challenges are optimizing the design of the antigen to be used, proper animal models, undesirable immune responses in the vaccine recipient and downstream manufacturing issues of production. Vaccine development, being a trial and error process, requires time and effort. At each step, informed decisions need to be taken whether to invest in a particular candidate vaccine. Needless to mention, safety and efficiency are two integral factors to be prioritised throughout the design process. And finally, feasibility of large-scale production dictates the commercialization process.

Government of India’s thrust is on supporting the basic science for applying them to resolve fundamental biological questions for the benefit of the different sectors. Currently, biotechnology research in India provides emphasis on understanding fundamental biological processes/mechanism; encouraging the breakthrough in research. As an increasing number of new genes are discovered, the power of high throughput sequencing, together with rapidly accumulating sequenced data, is opening new avenues in biosciences. 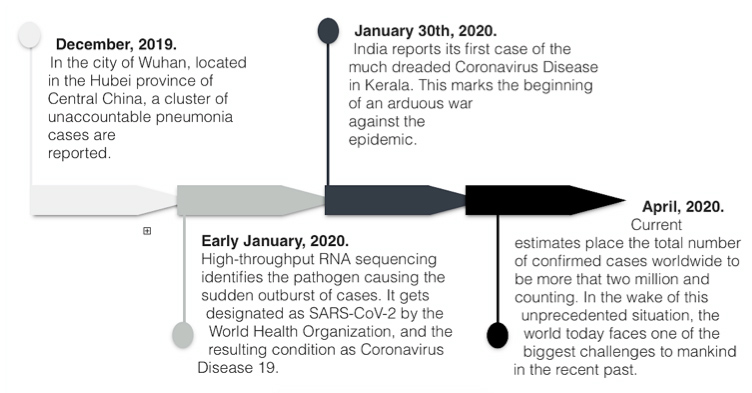 Needless to say, for conducting such detailed high level research, different research labs and institutes demand huge monetary investment.  Although the Indian Government has incremented its expenditure on scientific research and development, it pales in comparison to the impetus given to research in developed nations. The National Gross Expenditure on Research and Development (GERD) increased by 30 per cent over a span of four years from 2012 to 2016. However, GERD as a percentage share of the Indian GDP is estimated at only 0.7 per cent, much lower compared to other Asian countries. To be more precise, India spent 0.69 per cent of its GDP on R&D in 2014-15. And it is the lowest spender even among BRICS countries – Brazil (1.24 per cent), Russian Federation (1.19 per cent), China (2.05 per cent) and South Africa (0.73 per cent). The spending of Israel and Scandinavian countries in this regard is appreciable (more than 3 percent).

In absolute standardised terms, maximum spending in R&D is done by China, followed by the US and the European Union that spends 6-8 times more than India. In brief, all developed countries spend a minimum of 2 per cent of GDP on R&D.

Central government contributes about half in R&D followed by private sector industries that contributes close to 40 per cent. Despite so many hurdles in R&D, India’s rank in scientific publication has increased dramatically in the last decade and it indicates no dearth of zeal and intellect of Indian researchers.

Percentage of GDP in Research and Development

That being said, the current efforts of the country in terms of vaccine development have been admirable. In a collaborative venture with the US, the quest to find a “live attenuated vaccine” is ongoing. The Serum Institute, the leading manufacturer of vaccines in the country, has also initiated production of a novel vaccine in partnership with Oxford University, UK. India has established itself as one of the major producers and suppliers of immunobiological drugs at reasonable prices to several countries and global organizations. This makes it imperative that in this present crisis, the country employs maximum efforts into the research and development, production and distribution of therapeutic agents to survive the pandemic and cope with the aftermath.

(Sukanya Chakraborty is a scholar at the IISER, Berhampur, majoring in Biological Sciences. Aparajita Chattopadhyay is currently associated with the International Institute for Population Sciences, Mumbai, as a faculty in the Department of Development Studies. Views expressed are personal.)