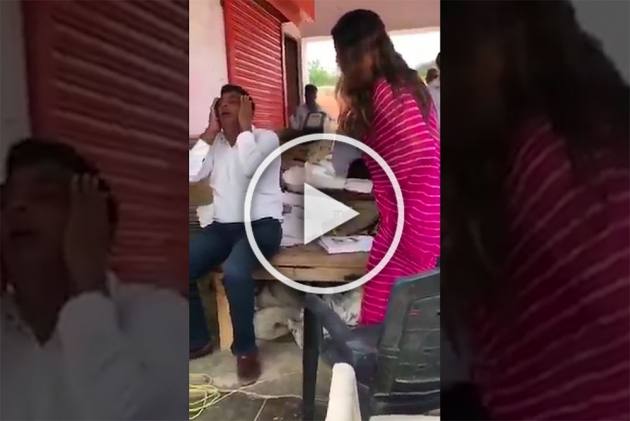 In a video gone viral on social media, TikTok star-turned BJP politician Sonali Phogat can be seen beating an official in Haryana and hurling abuses at him, allegedly over a comment he made.

The inicident took place on Friday when Phogat was inspecting a Farmer’s market. The man seen in the video is Sultan Singh, a member of the Agricultural Produce Market Committee, who allegedly made the objectionable comment.

Phogat had unsuccessfully contested the 2019 Haryana asssembly elections from Adampur seat and she lost to Congress’ Kuldeep Bishnoi.

In the video, the man can be seen pleading with Phogat, saying that he would take action against her complaints. Phogat later called the Police but did not press charges after the man apologised to her.

“Khattar government’s nauseating deeds! Adampur, Hisar’s BJP leader is beating market committee secretary like an animal. Is being a government worker a crime? Will Khattar sahab take action? Will media remain silent?” he said a tweet in Hindi.