A gangrape victim who took up arms not only to teach her tormentors a lesson but also to fight for oppressed girls is ready to tell her story on celluloid now. Meet Shakuntala Devi, the Phoolan Devi of Bihar, who is coming up with a Bandit Queen of her own.

A resident of Madhubani district, Shakuntala was allegedly gangraped at the age of 13 by her relatives and also by some criminals way back in 1987 at the behest of her uncle who wanted to usurp her father’s land. But she hit back by joining a gang of dacoits to seek revenge.

Her story, uncannily similar to that of late Phoolan Devi, a gangrape victim-turned-bandit-turned-parliamentarian from Uttar Pradesh, has inspired film-maker Hyder
Kazmi to make a Hindi movie, Bandit Shakuntala, which is now in the post-production stages.

In 1994, film-maker Shekhar Kapur had made a widely-acclaimed Bandit Queen starring Seema Biswas in the title role, which went on to win several awards.

Bandit Shakuntala, shot extensively in the villages of the Naxal-hit Jehanabad district of Bihar, features Shakuntala herself in the eponymous role. Kazmi says that it is the real life story of a woman, who had turned a bandit after being gangraped to avenge the injustice meted out to her. Film’s publicist Ranjan Sinha says that Bandit Shakuntala was all set to go to Cannes film festival this year before it was cancelled due to outbreak of the Covid-19 pandemic. “Its release date will be announced after lifting of the lockdown,” he adds. 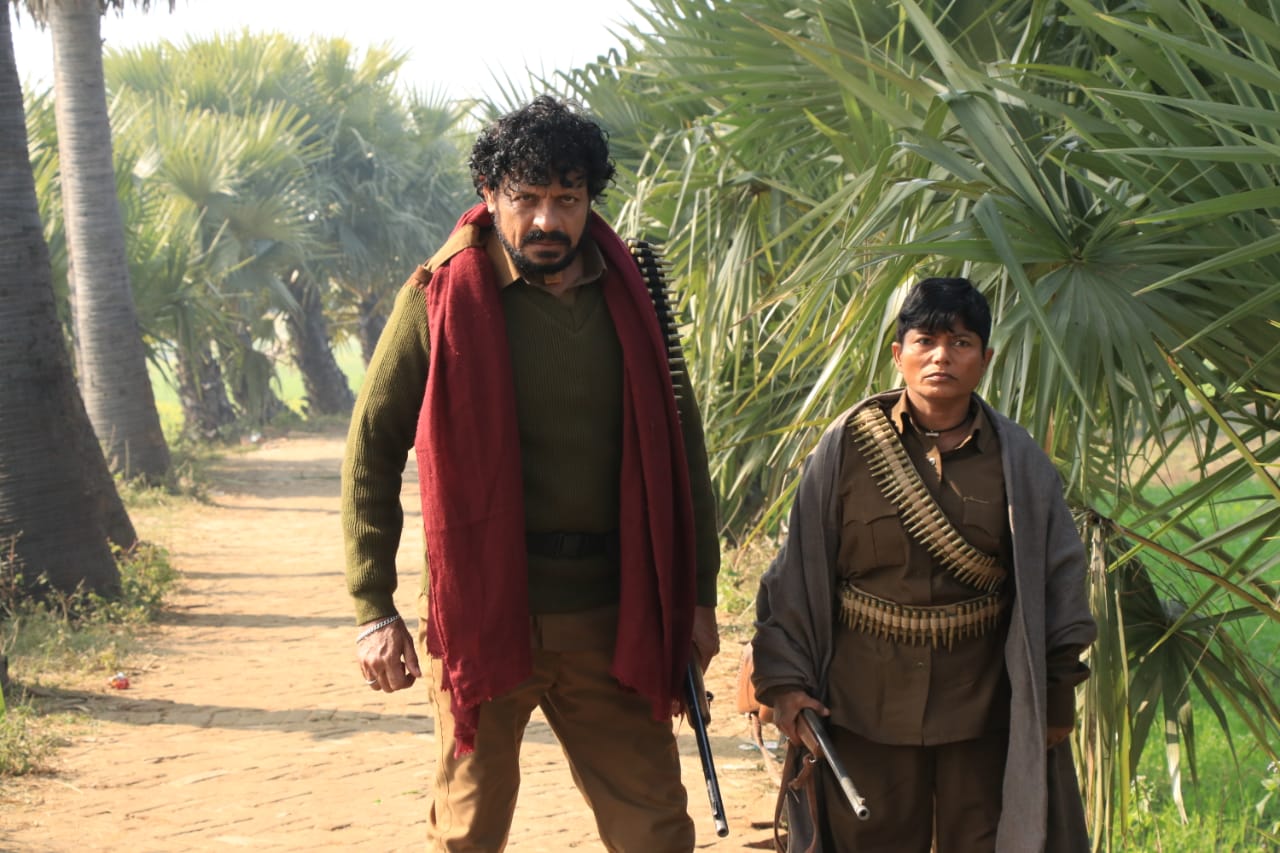 Shakuntala Devi in a still from the movie.

A resident of Balanpatti village in Madhubani district near Nepal border, Shakuntala came to be known as the bandit queen of Bihar after she formed a gang of local dacoits to fight for the oppressed girls from her area in the 1990s. According to Shakuntala, who belongs to an extremely backward Nonia caste, her uncle wanted to grab her land in the village after the death of her father. When she resisted, he not only got her gangraped by some relatives and criminals but also tried to fix her marriage with an elderly person.

Unable to bear with the trauma, she escaped and got in touch with some bandits in the area before getting married to one of them, Charitra Mahato, who taught her how to use a gun and ride a horse. Later, when she found herself exploited there too, she went on to form a gang of her own. She soon became a terror for her tormentors but gained the reputation of being a do-gooder for rendering help to the poor and the needy in the area.

Shakuntala, now 46, says that she had to spend about five years intermittently in jail on charges of murder, loot and extortion because of her uncle’s machinations but she was eventually exonerated by the courts. It was during her jail stints that she developed an interest in folk music and cut several albums in Maithili and Bhojpuri after being released. Like Phoolan Devi, she also dabbled in politics for a while joining the Samajwadi Party and the Janata Dal-United in quick succession but could not make any headway in her political career. During her court cases, she met a man, Vinod Kumar Singh, who not only married her but also announced a Bhojpuri film starring her in the lead but it remained in the cans. Finally, after hearing her story, Kazmi offered to make a biopic on her with Shakuntala playing herself on the screen, which is now complete.

Kazmi says that Shakuntala had taken up the arms for a cause to fight for the girls oppressed and exploited by the feudal society in the area and her life story will inspire the audiences.