Migrant workers, tourists, students and other people stranded in different parts of the country were on Wednesday allowed to move to their respective destinations with certain conditions, giving a big relief to the distressed people.

In an order, Union Home Secretary Ajay Bhalla said buses shall be used for transport of such groups of stranded people and these vehicles will be sanitised and will have to follow safe social distancing norms in seating.

The Home Ministry order, however, did not specify whether a person or a family can travel in a private vehicle, and if allowed, under what conditions.

“Due to lockdown, migrant workers, pilgrims, tourists, students and other persons are stranded at different places. They would be allowed to move,” he said in an order issued to all states and union territories.

Listing the conditions, the ministry said all states and union territories should designate nodal authorities and develop standard protocols for receiving and sending such stranded persons.

The nodal authorities shall also register the stranded persons within their states and union territories, it said.

The moving persons would be screened and those found asymptomatic would be allowed to proceed, according to the Home Ministry.

On arrival at their destination, they would be assessed by the local health authorities, and kept in home quarantine, unless the assessment requires keeping the persons in institutional quarantine, the order said.

They would be kept under watch with periodic health check-ups, it said.

All those people who avail the opportunity will be encouraged to use ‘Aarogya Setu’ app through which their health status can be monitored and tracked.

The union home secretary issued the order in his capacity as the chairperson of the National Executive Committee under the Disaster Management Act.

The Home Ministry also said the guidelines of the Ministry of Health and Family Welfare on home quarantine should be followed by the authorities concerned.

The decision of the central government will be a big relief to several lakh migrant workers, students, tourists and other people who are stranded in different parts of the country.

Several states, including Uttar Pradesh, Uttarakhand, Gujarat, Punjab, Assam, Chhattisgarh and Rajasthan, have brought back thousands of their students and tourists stuck in different parts of the country by bus. However, most of the migrant workers, tourists and other people continue to stuck in their places of work or shelter homes.

While Uttar Pradesh, Uttarakhand, Punjab, Assam, Gujarat and Chhattisgarh brought back their stranded students fron Kota in Rajasthan, Punjab has brought back stranded pilgrims from Maharashtra, besides students from Kota.

A group of around 360 stranded people of Rajasthan is also being brought back from Assam. While transporting these students, pilgrims and other people, the states have used buses and other vehicles.

There have been at least three protests by migrant workers in Surat in Gujarat in recent weeks as they have been demanding passage to their home states.

A few hundred people had also gathered about a fortnight ago in Bandra in Mumbai after being influenced by rumours that trains would ply to North India.

However, the Bihar government has been seeking the strict implementation of the lockdown, saying that people should remain wherever they are during the entire period of the lockdown.

While announcing the lockdown, Prime Minister Narendra Modi had said people should remain wherever they are.

In the beginning of the first phase of the lockdown, thousands of the migrant workers have started moving by foot from cities like Delhi, Mumbai and Hyderabad to their respective places, creating a humanitarian crisis.

This led to the Home Ministry directing the state governments not to allow the migrants to move, arrange shelter homes for them and provide them food. The states were also allowed to even use money from the National Disaster Response Fund for providing food and shelter to the migrant workers.

The desperation of the migrant workers was such that the police found a group of migrant labourers, who were travelling from Telangana to Rajasthan, inside a container truck in Maharashtra.

The government has already allowed industrial activities in rural areas with conditions. Similarly, apart from the shops for the essential commodities, standalone business establishments of non-essential goods were also allowed to open during the lockdown.

The lockdown was first announced by the prime minister on March 24 in a bid to combat the coronavirus pandemic. It was further extended till May 3. 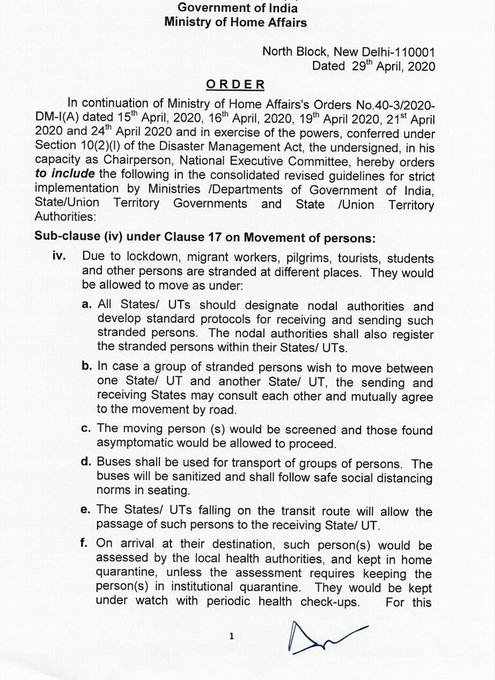 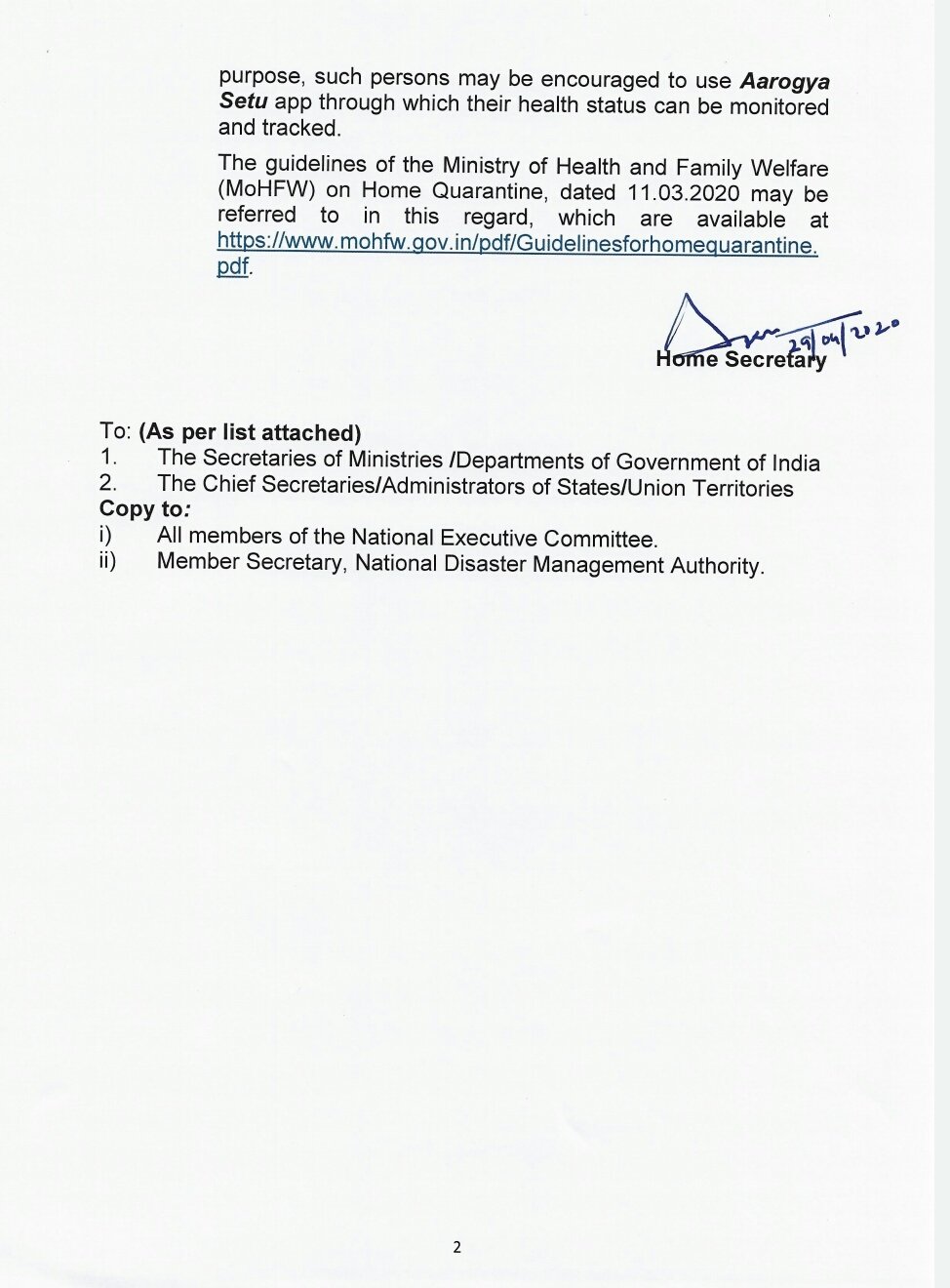