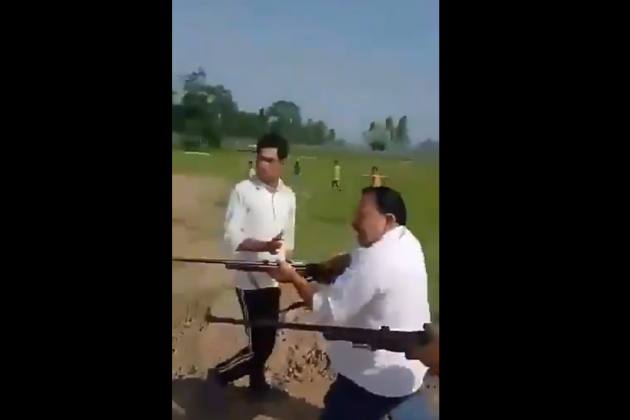 Samajwadi Party (SP) leader Chhotelal Diwakar and his son, Sunil Diwakar, were shot dead in broad daylight in Sambhal district of Uttar Pradesh on Tuesday. The entire incident was caught on camera.

The murder was apparently a fallout of a dispute over laying of a road under MGNREGA.

Chhotelal Diwakar had contested the 2017 assembly elections on a Samajwadi Party ticket.

Superintendent of Police, (SP), Sambhal, Yamuna Prasad, said, “Some work was being carried out under MGNREGA due to which some dispute happened. Two people have been shot dead. We will reach the spot of the incident to find more details.”

According to his family members, Diwakar and his son had gone for a walk in the fields when the assailants came on a motorbike and after a brief altercation, shot them dead. They fled on foot, leaving their motorbike behind.

A large number of SP workers reached the village soon after the news of the double murder spread.

SP Yamuna Prasad who reached the spot that falls under Behjoi police station, soon after the murders, said that a manhunt has been launched for the assailants. He said that further investigations were underway and the bodies have been sent for post mortem.