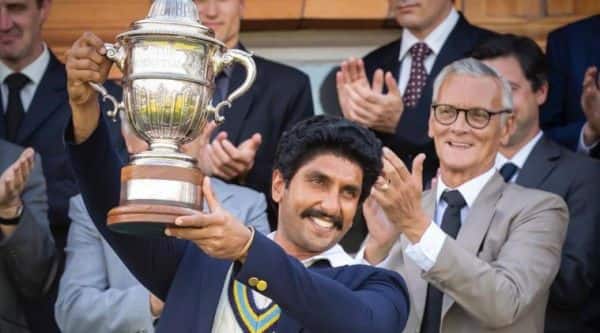 Ranveer Singh starrer 83, directed by Kabir Khan, was set to be released April 10.

Reliance Entertainment on Saturday dismissed reports of digital premiere for it much-awaited film 83 and said the team is aiming for a theatrical release.

The makers had on March 20 announced that the release of the Ranveer Singh-starrer sports drama has been indefinitely postponed due to the coronavirus pandemic.

The film, directed by Kabir Khan, was set to be released April 10.

There have been reports about a big OTT platform offering Rs 143 crore to the makers of 83.

“There is no truth in this. As producers and even the director we all are on the same page that we want to wait for theatrical release for next few months. We will first complete the film then we will wait. If six or nine months down the line the situation becomes much worse we will take a call at that time. There is no hurry. Everybody has shown interest in this project but we are not engaging in any discussion for a straight to digital release currently. We will wait for next four to six months before taking any further call,” Reliance Entertainment Group CEO Shibashish Sarkar, told PTI.

He added that the VFX and post production work of 83′ is still pending.

The film is produced by Kabir, Madhu Mantena, Vishnu Induri and presented by Reliance Entertainment.

It chronicles India’s first World Cup win under the captaincy of Kapil Dev in 1983.

The company’s another film Sooryavanshi, starring Akshay Kumar with extended cameos by Ajay Devgn and Ranveer Singh, has also been postponed due to the outbreak of COVID-19.

The film, directed by Rohit Shetty, was supposed to release on March 24.

“Same is the case with Sooryavanshi and our other films. We have decided to complete our films first. If there is a demand for the product now there will be demand for it even after three months. We are waiting for the lockdown to open and to complete the film and before that we are not engaging in any discussion of any kind,” Sarkar said.