Post Article 370, Another Blow To Kashmiris As Centre Moves Service Matters Away From J-K High Court

The Centre’s move to shift all service matters from the Jammu and Kashmir High Court to the Chandigarh bench of the Central Administrative Tribunal (CAT) drew little reaction from Kashmiris, who saw it as fait accompli, but evoked anger and disbelief in Jammu. The move, notified on April 29 by the Union ministry of personnel, public grievances and pensions, was a result of the Administrative Tribunal Act, 1985, becoming applicable to the two Union territories—J&K and Ladakh—that were created from the united J&K state following the abrogation of Article 370 last August. With it, over 37,000 cases pending before the J&K High Court were shifted to Chandigarh, infuriating Jammu-based lawyers and employees’ associations. The lawyers say the move will render them jobless and also inflict a huge toll on around 6 lakh employees, both retired and working, as all service matters like promotion, transfer and suspension will now be heard in Chandigarh.

“Jitendra Singh (MoS, PMO) had told me there will be a permanent CAT bench in Jammu and no lawyer would have to go to Chandigarh to fight cases,” says Jammu High Court Bar Association president Abhinav Sharma, who is with the BJP. Another senior lawyer, Sunil Sethi, says the government should withhold the decision of transferring files to CAT until its benches are established in Jammu and Srinagar.

On May 1, the government said service matters of government employees in the Union territories of J&K and Ladakh will be heard by the J&K bench of CAT. But the lawyers describe it as hogwash. “We need four benches in Jammu and three in Srinagar, not a circuit bench of CAT in Jammu,” says Sheikh Shakeel, a senior advocate and member of the Jammu bar association.

Lawyers and intellectuals in Jammu are hopeful that the government would buckle under their pressure. Earlier, when young people in Jammu protested against the new domicile law that opened up government jobs in J&K to every citizen of the country, the Union home ministry was forced to reverse the decision and reserve the jobs exclusively for the domiciles of J&K.

“Kashmir has been reduced to a municipality, so Jammu will be just a block,” says a mainstream leader.

Lawyers in Kashmir, who mostly deal with service matters just like their Jammu counterparts, however, didn’t question the move. They hope the Jammu bar association would succeed in forcing the government to establish CAT benches in Jammu and Srinagar. “Who will listen to us? Our bar association president has been in prison since last August and had to approach the high court to get summer clothes in jail,” says a Srinagar-based lawyer. On August 5, 2019, the police picked up the Kashmir Bar Association president, 76-year-old Mian Qayoom, from his residence and booked him under the Public Safety Act. He was then shifted to Agra Central Jail in Uttar Pradesh and has been held there since.

A series of moves, including the arrests of three former CMs (Farooq Abdullah, Omar Abdullah and Mehbooba Mufti), the domicile law, halting the Darbar move in Jammu and shifting cases to Chandigarh from J&K, have given the impression to people in the Valley that power has shifted from Kashmir to Jammu.

“Jammu is the salient space of public authority and non-government action,” says former J&K finance minister Haseeb Drabu. “In line with such a change, whatever the de jure status, the de facto capital has changed. Capitals, apart from administrative and material functional considerations, are the seats of political power and authority. Whenever that changes, capitals change. Whether one likes it or not, much like Article 370, the substantive basis of Srinagar as a capital has been eroded over time. It has been emaciated by successive governments at the Centre. Its administrative importance started dwindling in the 1980s and was completed in the 1990s. All the central government institutions, departments, agencies and undertakings have chosen to locate their regional offices in Jammu.” 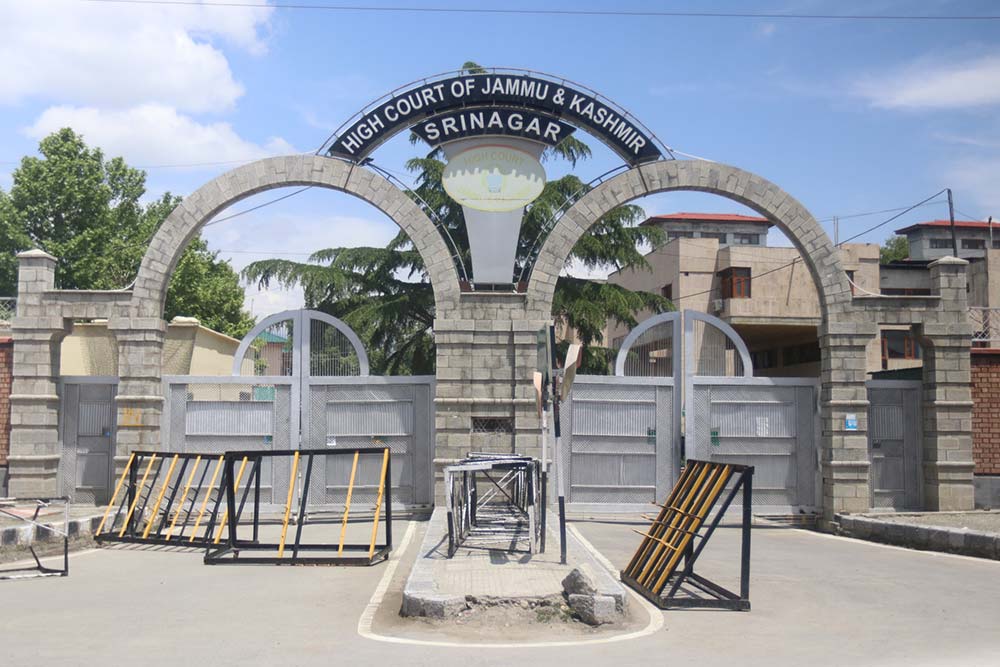 Conceding there is no disagreement over the fact that Kashmir has lost power, others argue, however, that Jammu has little to gain from it. Jammu-based author and political commentator Zafar Choudhary says the Kashmir Valley has been seen as the centre of power within J&K since 1947. “Even as Kashmiris have always complained about powerlessness on account of Delhi’s alleged control over the decision-making capacity of the Kashmiri elite, power, in whatever form it exists in the region, has been seen to be with Kashmiris. The events since last August have sought to effectively dismantle not only the narrative, but also the structures of power,” he says.

Choudhary adds that while the perception in Kashmir is that power has shifted to Jammu, the story in Jammu is different. “After initial jubilation over the abrogation of Article 370, which the Dogras believed gave special privileges to Kashmiris, there is cluelessness in Jammu. Just like powerlessness in Kashmir,” he says. “Following a series of decisions, Jammu has come to believe that the local leadership or sentiment has no influence over decision-making in New Delhi or at Jammu’s Raj Bhawan, but they suspect Kashmiris are still in touch with Delhi and that is how power is going to be restored to them at an appropriate time.”

A mainstream political leader, who does not wish to be identified, partly agrees with Choudhary. “For long Jammu has been used to counter-balance Kashmir. Jammu was enjoying huge value and power when Kashmir had some semblance of power. Now that the government of India has reduced Kashmir to a municipality, Jammu will be just a block. It has lost its value too. The divisional commissioner of Kashmir now holds the authority once invested in (former J&K PM and CM) Sheikh Abdullah. That is Kashmir’s current reality. The Centre has resolved Kashmir in its wisdom,” says the politician.

By Naseer Ganai in Srinagar