Photo Essay | Ahead Is Home, Behind Is Hunger

» Wider Angle »
Photo Essay | Ahead Is Home, Behind Is Hunger 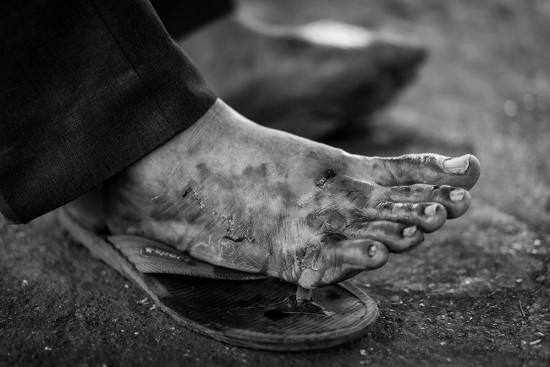 As millions in our cities locked themselves in, life for those who built our homes, our roads, or did our dirty chores has moved outdoors. You can’t see them from your balconies or through windows—the curtains are drawn anyway to block the harsh May sun. They too stay away from the day’s heat. It is at night the Gates of Hell open. Group upon group of terrified, starving, exhausted people leave the cities they built, carrying with them precious items packed into sacks. Cellphones to reach out to relatives at home in villages they were born, hundreds of miles away. Some clothes, biscuit packets, bread. They flee on foot, bicycles, hitch a ride on goods-laden trucks…And much before the break of dawn, with stars filling the sky, they stop—hungry, thirsty and tired—to rest under the shade of a tree or a school converted into a shelter for migrants. “Stick around. It’s nice to have you here,” a man implores, unwrapping a gauge of rag to reveal a blistered foot, in one such home for the homeless in Nashik. “The first few days, I didn’t leave my house out of fear. Then the food and money ran out. I felt impotent when I went out looking for handouts. It created a moral conflict. I have never begged. I think this is the result of bad karma.” He pulls out a ball of soiled newspaper from his bag. Soaked chickpeas, his dinner. He puts some in his mouth. He used to come home knackered every night from back-breaking work at construction sites or in clattering factories—someone paid at the end of a day’s labour had little choice about his job site. These have gone silent in the nationwide stay-home order to stop a contagion from spreading. A modest, self-effacing man, he could not have cared less. But the strict restrictions imposed on the population have stifled life. Soon, with no money to buy food or pay the rent, he joined the thousands of migrant workers filing out of the cities. He has heard that the government and “some rich people” were giving money to the poor. Also, special trains were ferrying people home. He thought of waiting his turn for a train. “But the drawbacks clearly outweigh the benefits,” he says. As the night unfolded, time pressed on him. “We’re alive for a reason,” he philosophises. “Yeh rasta khatam nahin hota, Sir.” Clinging to thinning hopes, and working himself into a trance, he hobbles out of the room and into a landscape that defies easy explanation, an expanse of road filled with meaning.

All along I was trailing them on a bike, shooting from a distance, afraid that any one of them could be a coronavirus carrier. Yet, I desperately wanted to capture their plight, tell their story. We are all hypocrites but the difference is what level you want to be. 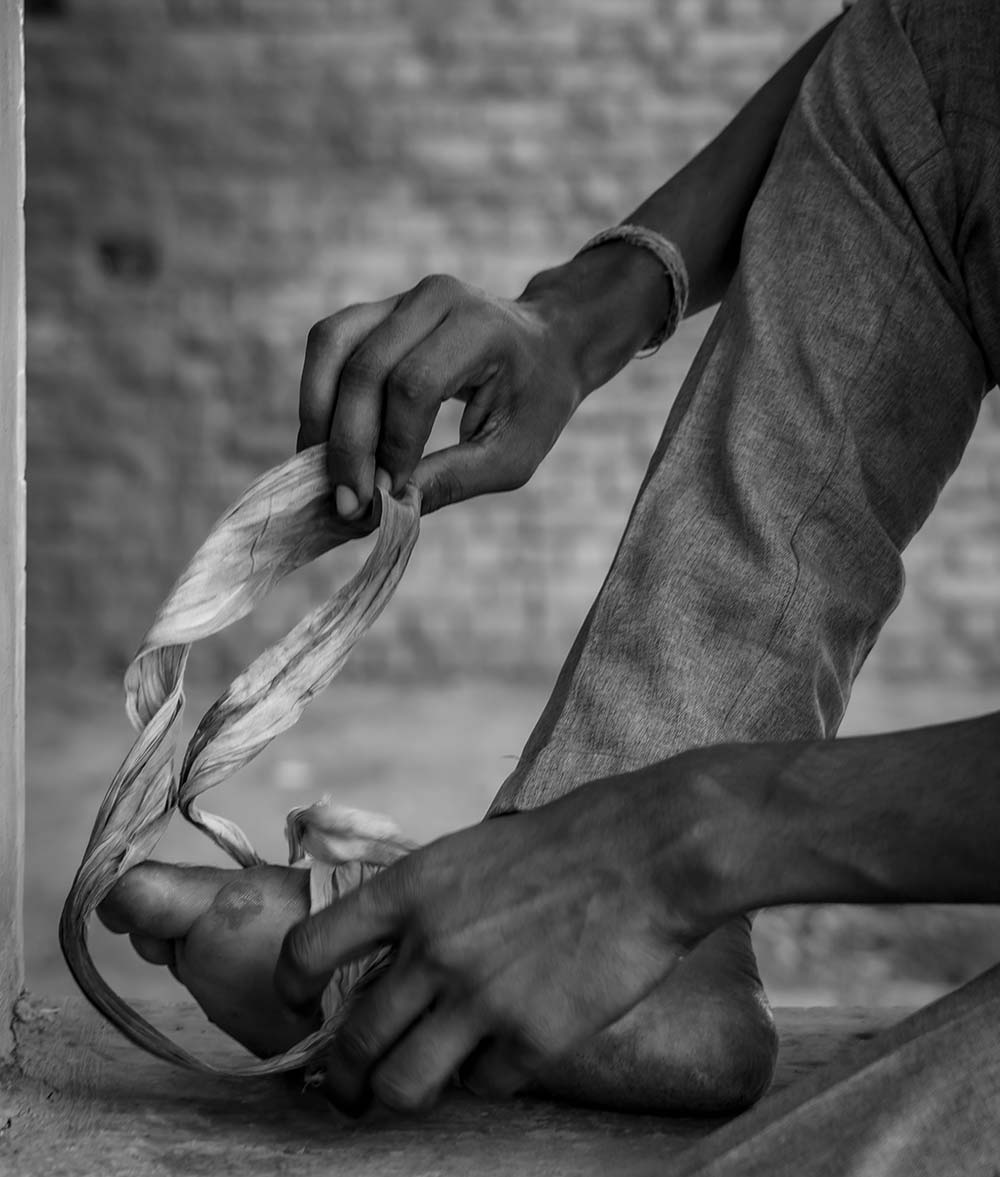 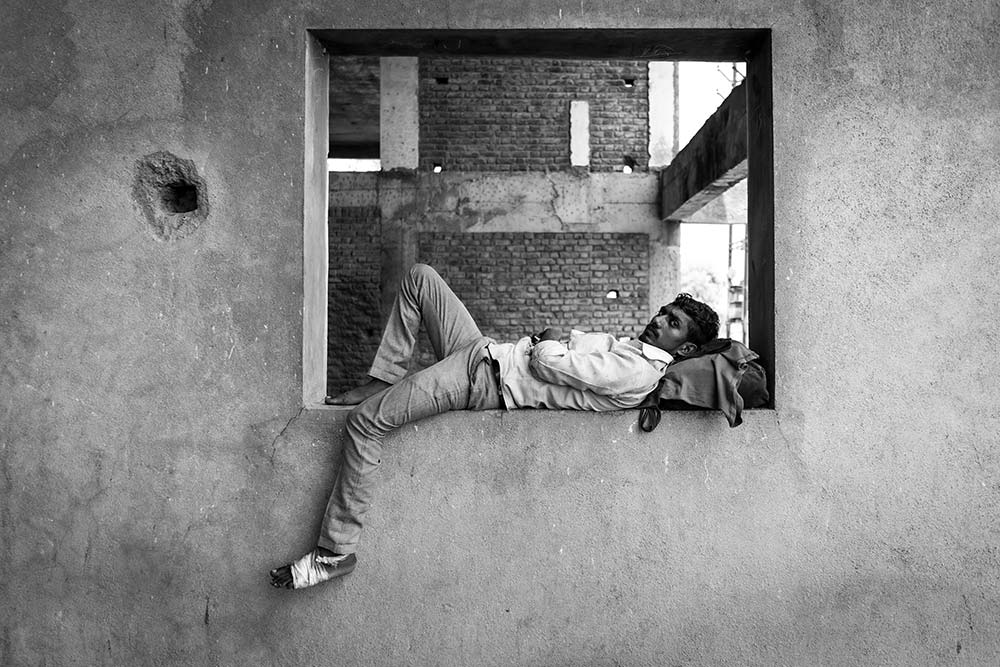 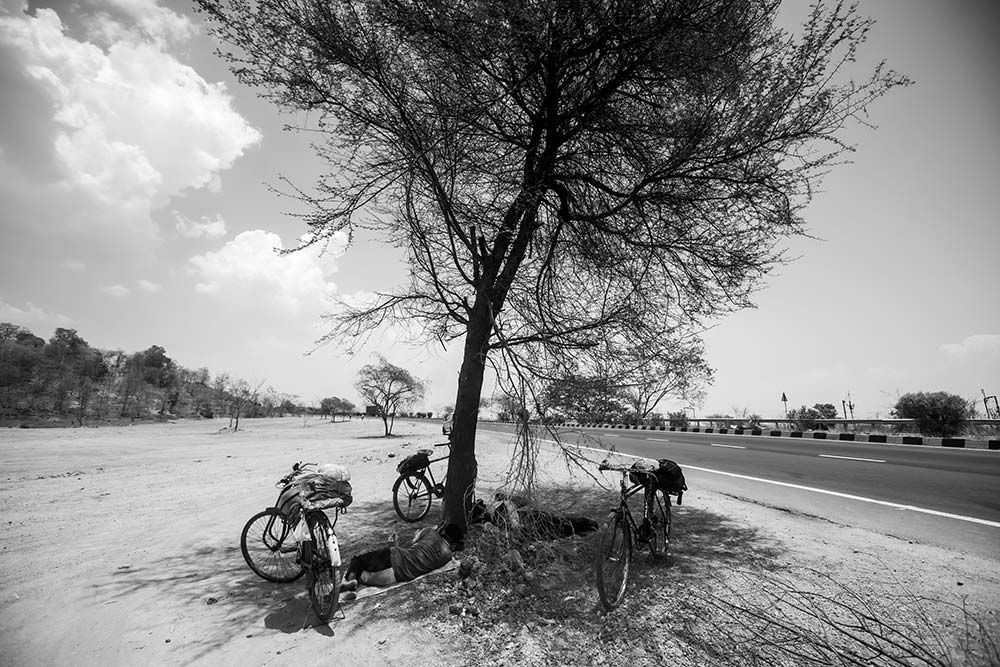 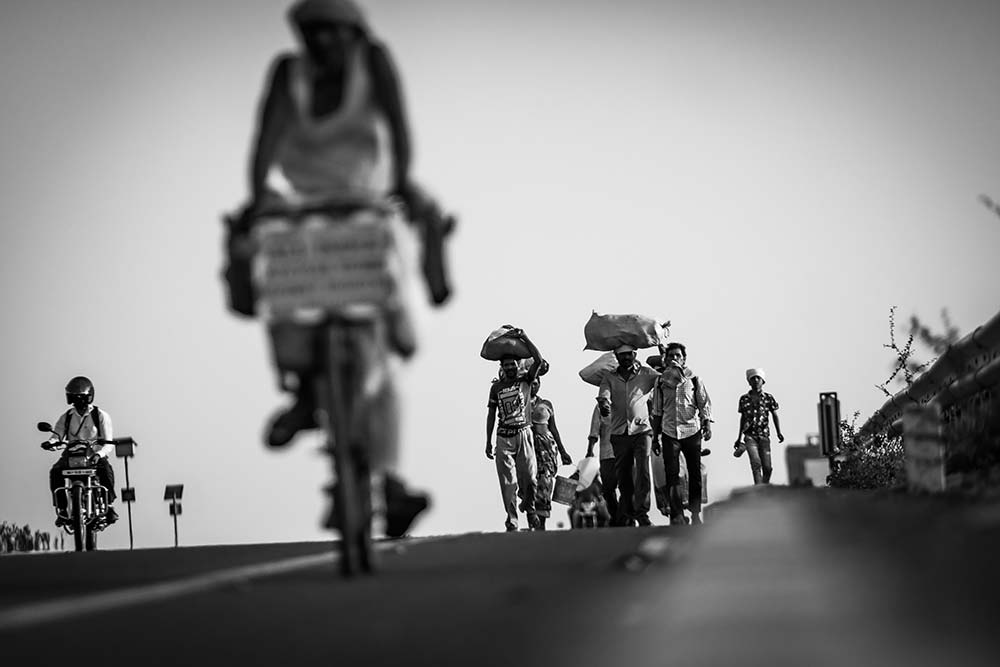 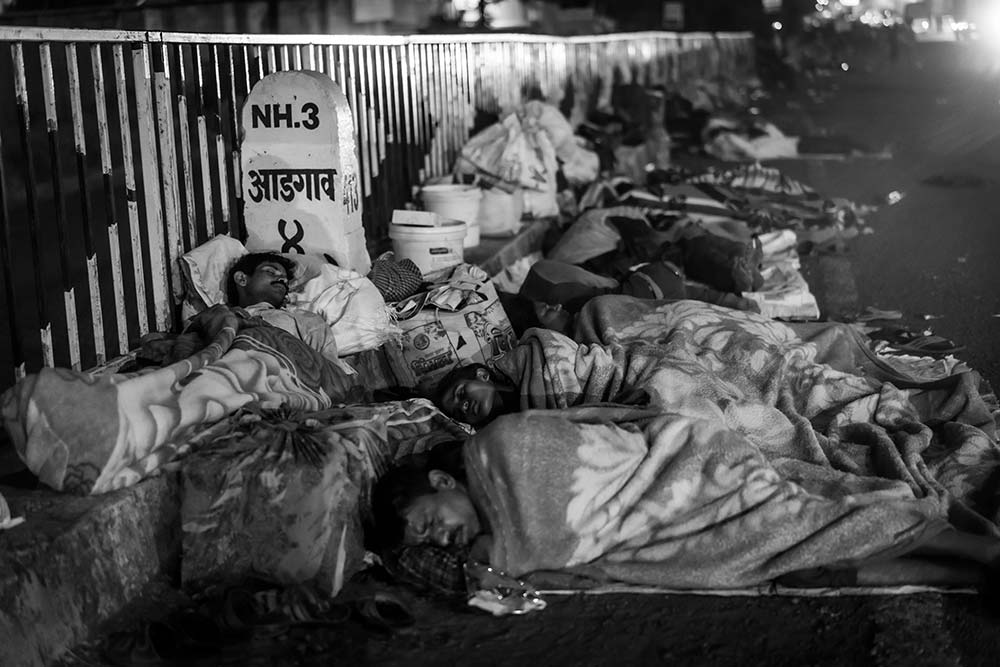 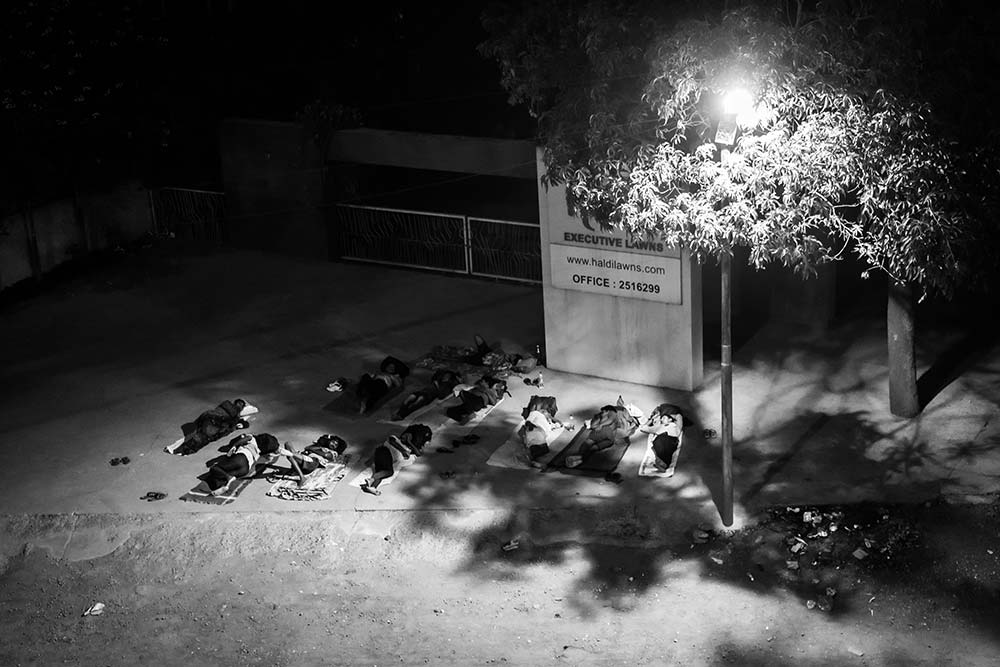 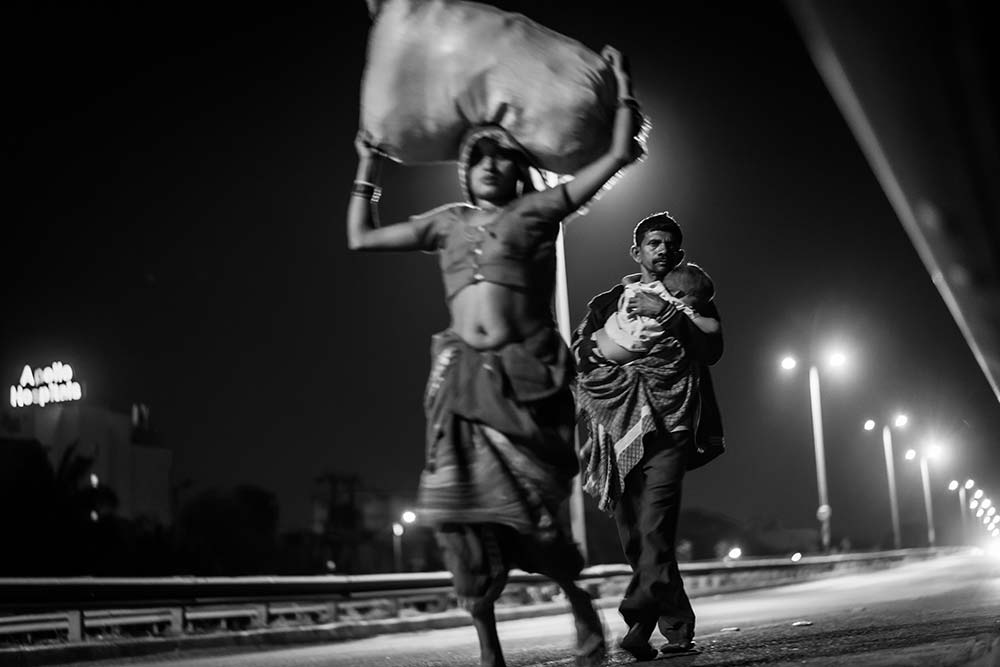 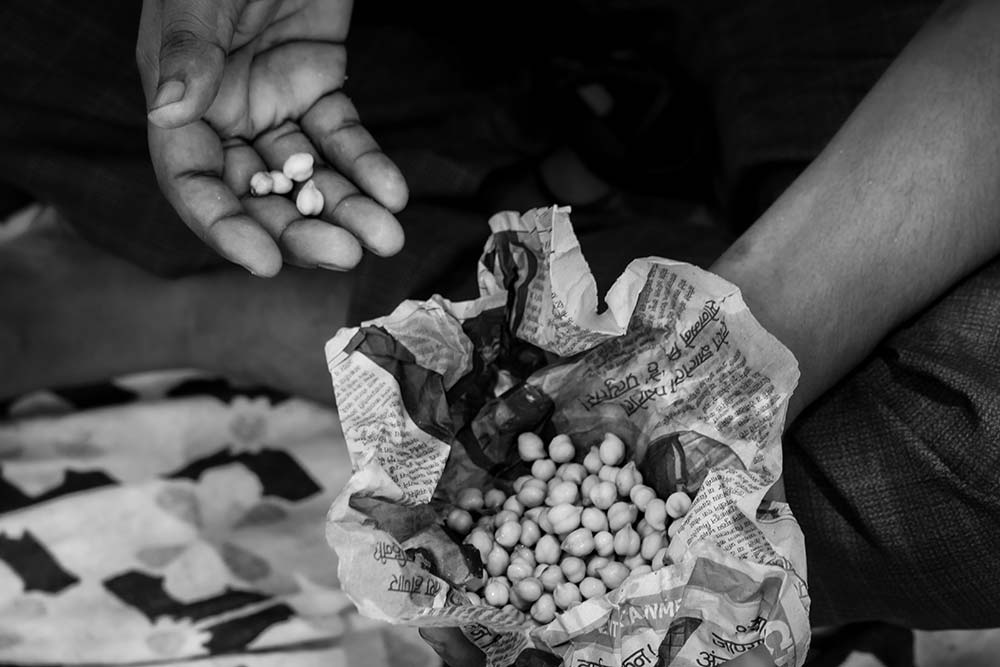 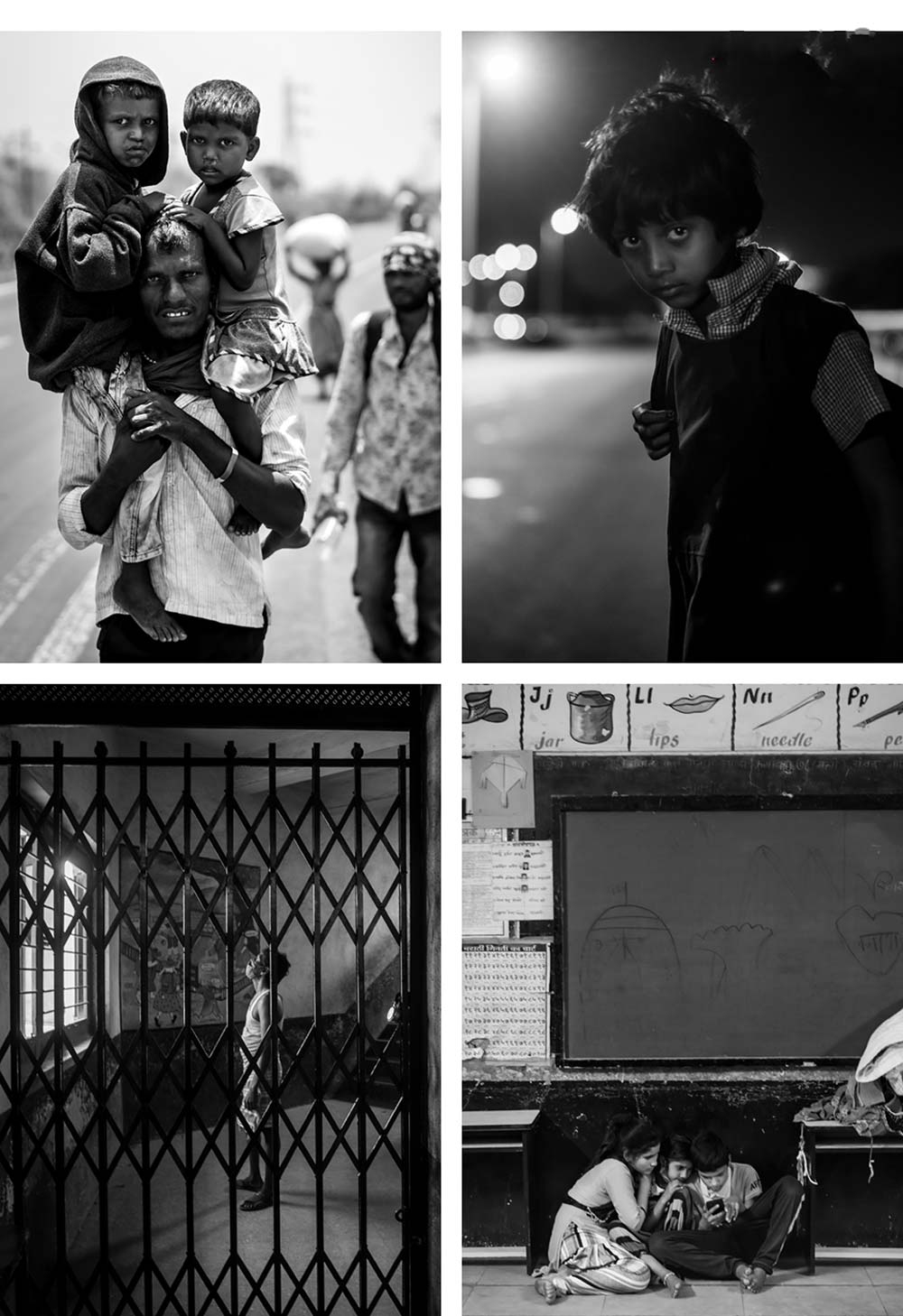 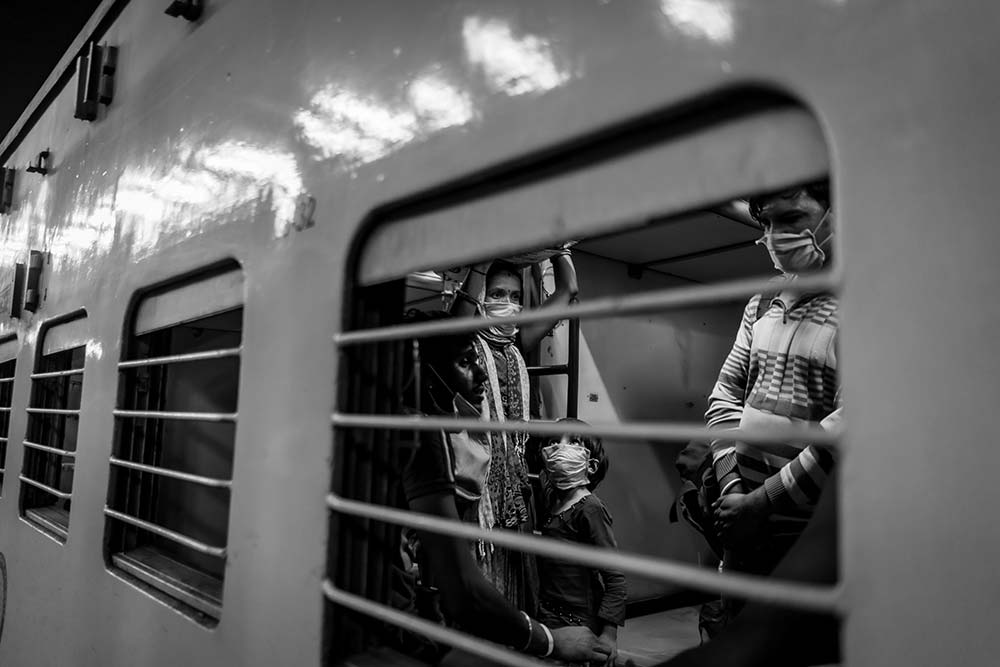 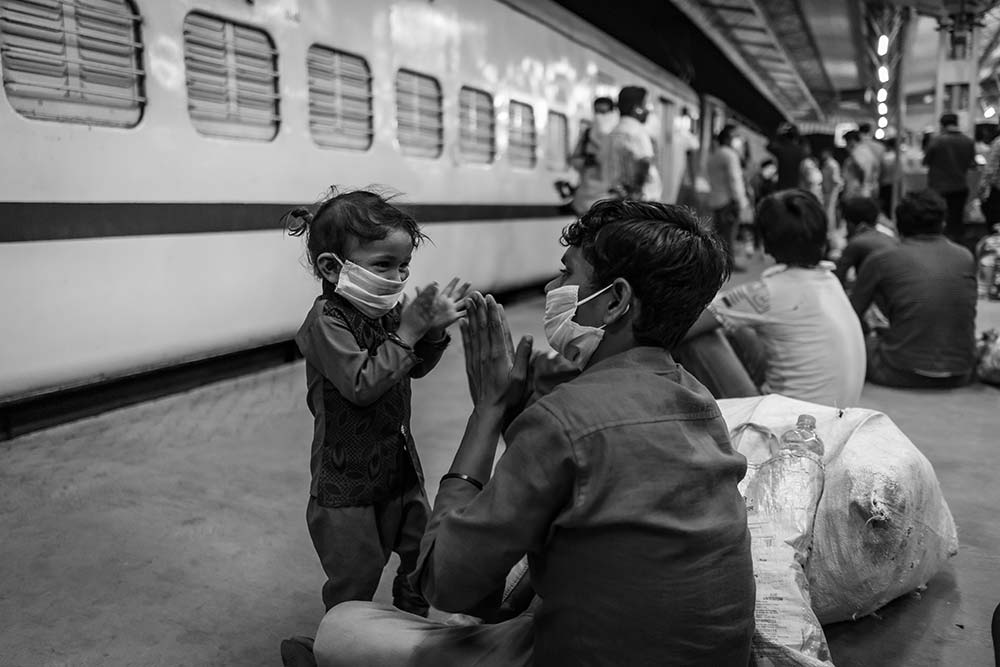 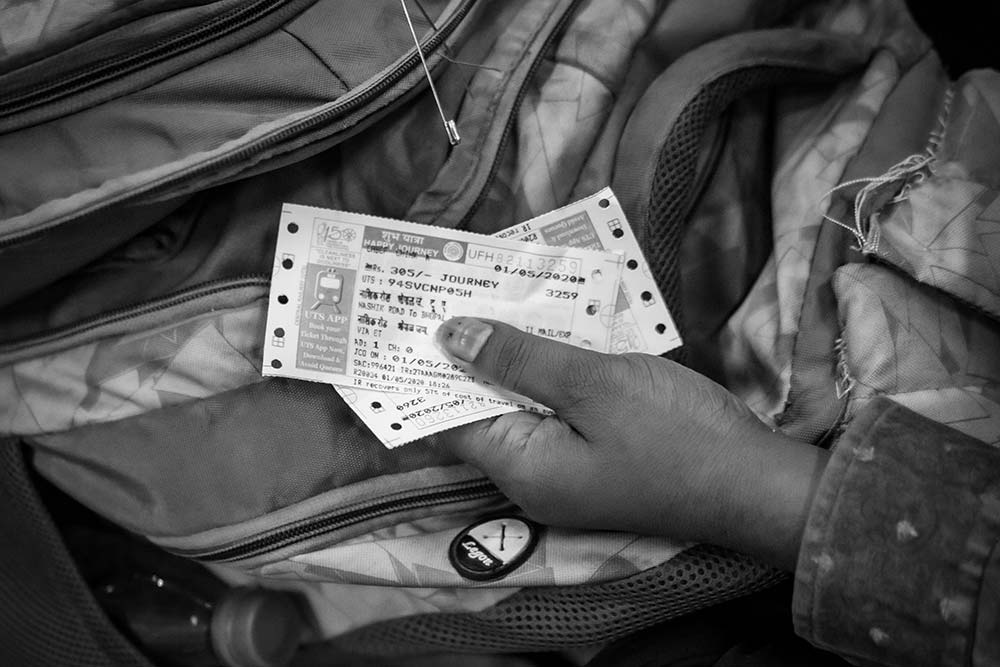