Andaman Eden is a tropical island. Palm-fronded beaches, mangroves, clear blue sea, magical sunsets. Paradise also throws up paradoxes. Like, the irony in Coleridge’s devil-and-the-deep-sea line from the Ancient Mariner could not be more stark for the 500,000 people living in the Andaman atoll—“Water, water, every where,/Nor any drop to drink.”

The island of Andaman—yes, the one that has Port Blair and Cellular ‘Kalapani’ Jail at its centerpiece, depends on rainwater, harvested and stored mainly in Dhanikhari reservoir, to feed its burgeoning population. The islanders say freshwater has been a luxury for them of late. Water rationing is commonplace and conservation is priority. But it has been unusually painful this year as the northeast monsoon betrayed the region, again. The seasonal rain-bearer replenishes Dhanikhari and smaller water bodies between November and March. Rainfall has been poor and all reservoirs are running low, so much so that the Union territory’s residents are getting only half-an-hour of water supply once in four days.

It hasn’t rained since last December, says V. Candavelou, commissioner-cum-secretary (PWD) for the islands. “The water crisis has reached a breaking point.” In fact, precipitation from December to mid-April ranged a lowly 399 mm to 646 mm in the past three years (2016-to 2019). Effectively, it’s raining a drought. And it couldn’t have come at a more inopportune time. Much like the rest of the world, the islanders are battling the coronavirus pandemic—the count on April 21 for Andaman and Nicobar Islands was 16 positive cases. But with limited water, people are forced to wash their hands off the most important chore to keep the infection on a leash. “Who will keep washing their hands with soap frequently when there’s barely enough water to drink and for the cooking?” asks a woman in Port Blair, speaking almost for everybody. The sea is off-limits too because of the national stay-at-home order. 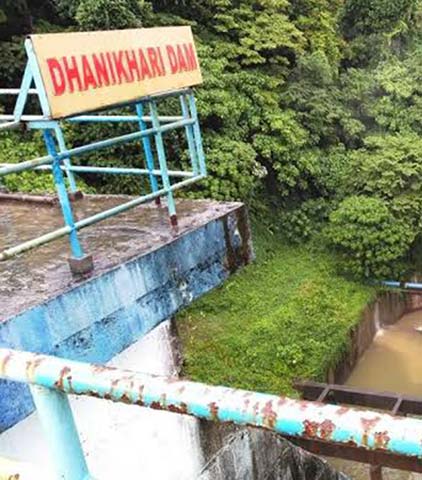 Parliamentarian Kuldeep Rai Sharma of Andaman sounds alarmist when he calls the water crisis a “ticking time bomb”, but he has a point. Population has grown manifold since the 1970s, and old Dhanikhari remained the sole source of freshwater. “The current problem is due to the fickle monsoon. But tomorrow, if something happens to the dam, the people will not get a drop to drink. Remember, the islands sit on a highly seismic zone,” Sharma says as he requests the Centre to fast-pace plans for alternative water sources, rather than letting the people wing it with an old dam that also turns the island’s hydroelectric turbines.

Hope sits southward—on Rutland, an island 23km from Port Blair. Experts say there’s a freshwater source on that island. Sharma wrote on April 4 to lieutenant governor Admiral D.K. Joshi about the water crisis and made a pitch for transporting water from Rutland. His letter included an alert on the impact water shortage will have on hydro-power generation, the primary source of electricity. “We must build more dams and tap rainwater. Our weakness will become our strength,” he stressed.

Joshi acknowledged the double whammy—COVID-19 and water scarcity—and suggested that “judicious use of water is the only solution” since new projects will take time. Until then, the islanders can turn to Coleridge’s Mariner again: “And when I awoke, it rained.”