OPINION | Liberal Capitalism Is Bust, But What Next?

“The modern world-system, as a historical system, has entered into a terminal crisis and is unlikely to exist in 50 years. However, since its outcome is uncertain, we do not know whether the resulting system (or systems) will be better or worse than the one in which we are living, but we do know that the period of transition will be a terrible time of trouble.”

So predicted the social scientist Immanuel Wallerstein in his 1999 book, The End of the World As We Know It. Two decades on, we contemplate such a possibility with the post-COVID world: it will surely not just be life as usual. Pandemics have more than once changed the course of history. No less than The Wall Street Journal proclaimed on April 26, “Coronavirus means the era of big government is…back.” The question is: in which direction will the present pandemic, and our response to it, take us? Better or worse?

We are used to thinking of epidemics as mainly affecting the poor and the marginalised. In the last hundred years, their geographical footprint has been outside the ‘first world’ and consequently, these crises did not ring the alarm bells quite as loudly. Ebola, an epidemic with frighteningly higher mortality rates, is a case in point. Who could imagine, in that ancient period we can now call BC, i.e. before corona, the crown prince of the UK undergoing treatment for a viral infection—and his prime minister, an ardent believer in ‘herd’ immunity, finding himself in the ICU? The most powerful man on earth, the President of the US, too has been tested twice for a viral infection, and the spouse of the Canadian PM has undergone treatment.

Ordinary people had also seen, in recent times, healthcare mutate from state responsibility to big business. This nexus of healthcare and insurance in the US is what Elisabeth Rosenthal’s 2017 book described in its title, aptly, as An American Sickness. Regrettably, this is the model India has adopted: healthcare not as every citizen’s right, but as a commodity in the market. The government will at best subsidise this commodity for you. That is the essence of the much-touted Ayushman scheme. Not surprisingly, people who suffer from co-morbidities (e.g. diabetes or respiratory problems) are being excluded from insurance payments. Such is the rationale, unquestioned till now, of the era of “small government” that the WSJ thinks is ending. It is natural that a larger and more proactive role of the welfare state is being envisaged.

But the state of healthcare financing does not tell the whole story. Due to its rapid spread, COVID-19 has overwhelmed even the good public health systems in Europe, and total or partial lockdowns have emerged as the only viable option in many countries. Economies are under severe strain; workers, peasants, artisans and small traders are the worst sufferers. COVID-19 has been described as a ‘great leveller’ since it has infected some rich and powerful people. However, the level playing field it creates ends at equal opportunities to catch the infection; the system’s cruel skew manifests itself as surely as a viral symptom. The privileged get respectfully airlifted, while migrant labour is forced to march home across vast distances, braving police brutalities.

“At least 16,780,000 Americans have lost their jobs. It took 21 days.” This was the screaming headline in the business section of New York Times on Good Friday, April 10. Many millions more have filed for unemployment benefits, and the numbers are rapidly rising. Massive bailouts have been extended to big business, while the average American victim must make do with the princely sum of $1,200, which does not cover even a month’s rent in many US cities. We do not have exact figures for India, but reading off CMIE data, Yogendra Yadav estimates that “about 12 crore Indians have lost employment. One-third of the country’s 25 crore households could be facing a livelihood crisis” (The Print, April 8.) The revival of large-scale abject poverty is a distinct possibility in India. Not even the inadequate universal income support of the US levels is anywhere in sight. The common people have been left at the mercy of their own small savings, some private charity and some commendably proactive state governments (e.g. Kerala and Chhattisgarh). 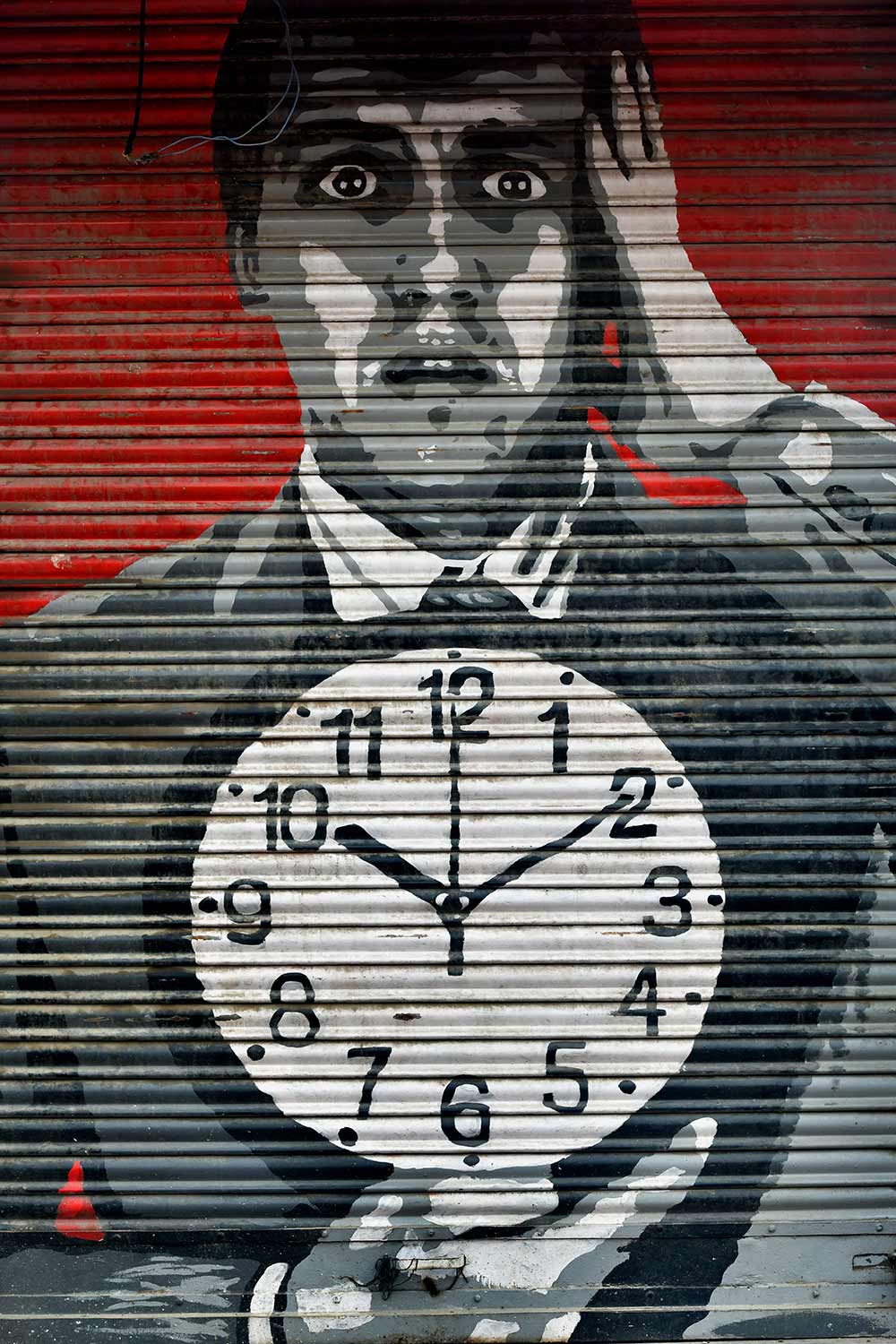 Let us not forget, for months governments around the world downplayed the risk and went on with business as usual. Narendra Modi hosted his ‘good friend’ Donald Trump in a massive public rally in Ahmedabad in late February. Reports suggest US intelligence had warned the President about a rapidly spreading viral infection in China’s Wuhan region as far back as November. The WHO called COVID-19 a global pandemic on March 11, but on March 13 the Indian government was sanguinely tweeting that there was no health emergency! This ‘deny, deny, deny’ strategy, common to all the narcissistic cult figures currently leading the US, UK, Brazil, China and India, is symptomatic of the dangers ahead. As Noam Chomsky has pointed out, the shortage of essential life-saving devices like ventilators exposes the cruelty of the present system; tens of thousands of deaths were strictly not inevitable.

What next? What kind of systemic change would the world need in the AC (after corona) era? In order to move towards a system better than the present one, we need to break free from intellectual infirmity and moral confusion. For instance, popular historian Yuval Noah Harari (in Financial Times, March 19) raises valid issues like the possibility of ‘under the skin surveillance by the State’ and the need for global solidarity to fight this. But, solidarity of, and against, what? Is surveillance-obsession confined to the State only? Is the State the only creator of hegemonic common sense and manufactured consent? Is not the private, ‘non-state’ media in India primarily responsible for the demonisation of Muslims during the COVID-19 catastrophe? Why not ask how and why the welfare state has been steadily and systematically eroded—and for whose benefit? Did the mantra of privatisation, which Mark Fisher and others have provocatively called ‘capitalist realism’—the idea that all problems, solutions and analyses must stay frozen in a framework of neoliberal capitalism—become a panacea spontaneously or due to systematic propaganda?

Words like ‘system’, ‘capital’, ‘multinationals’ and ‘public health policies’ are conspicuous by their absence in Harari’s essay. To imagine a better world after corona without disrupting or even interrogating the power structures and ideology of neoliberal world order is just succumbing to maya, i.e. a pleasant illusion of ‘inner revolution in the soul’ minus a change in the outer, objective world. Early modern poets like Kabir better realised the true nature of maya, and correctly insisted on interrogative interaction between the human self and the social system. 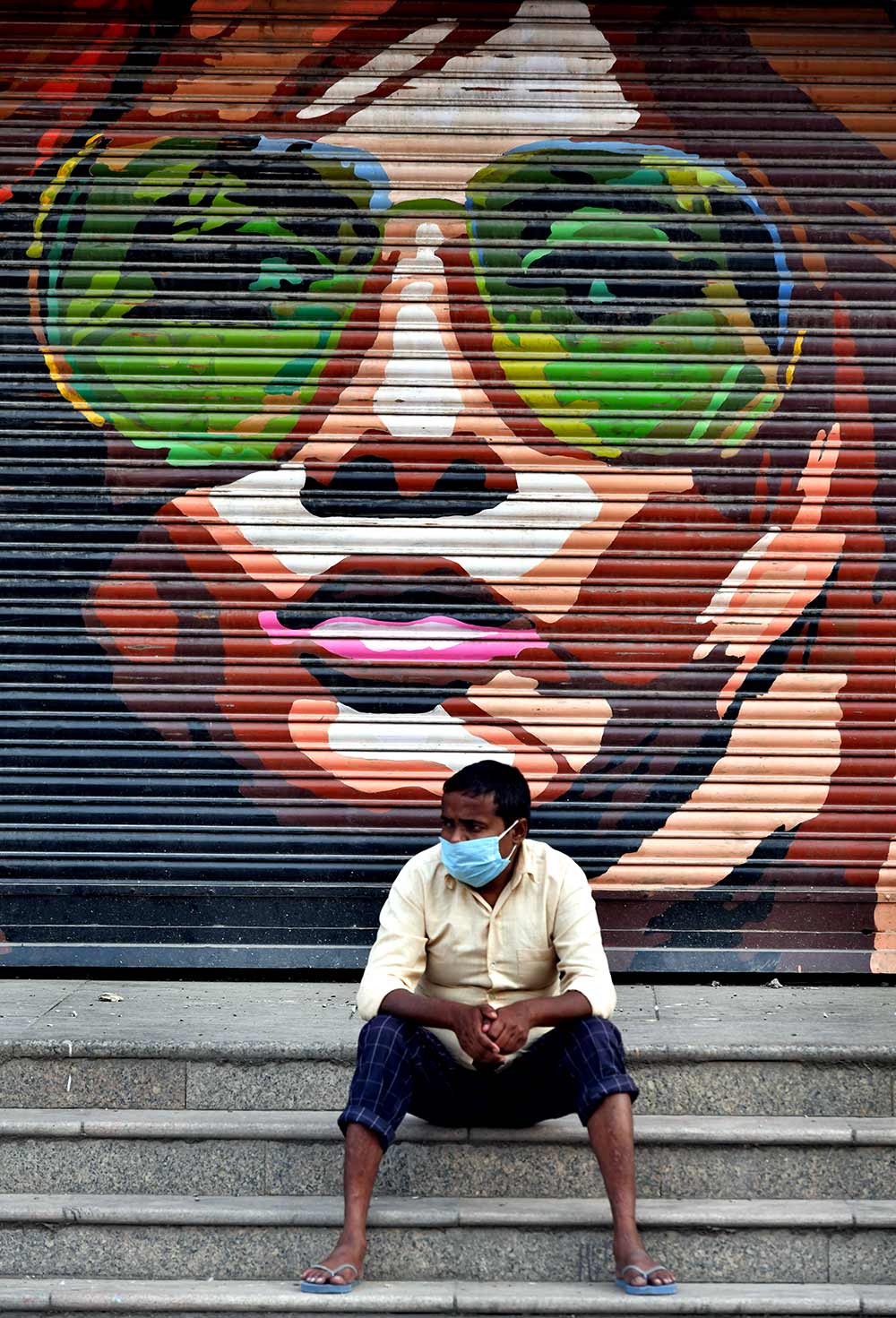 It is not just the State. Large corporations are no less keen on (and competent with) surveillance. American author Dave Eggers’s 2013 novel The Circle presents a horrifying picture of a corporate ethos obsessed with total control and awash in Orwellian manipulation of language. In the novel, an infotech giant called The Circle propagates total ‘transparency’ and ‘sharing’—each moment of your life must be ‘shared’ with the community (a euphemism for corporate bosses). The motto is projected as a moral imperative: ‘Privacy is theft’.

Unless monopolies are regulated and wealth redistributed, the ‘after corona’ world order will be dystopic.

How can such control fantasies be prevented from running amok? It’s a world that is now a soft target for ‘under the skin surveillance’, presented as a foil against deadly infection. That is what enables and spurs, for instance, the mind manipulation by private media leading to demonisation of communities—presenting them anew as sources of infection. How can that be resisted? And how can healthcare be assured as a right, not as commodity?

Reflecting on the situation in the UK, political philosopher John Gray talks of the “rapid reinvention of (the) British state on a scale not seen before” (The New Statesman, April 1). In a pandemic that has brought home the realisation that neoliberal capitalism is bust; it is the structure of the State, not only in the UK, but everywhere, that must be ‘reinvented’. Framing the experience of the current pandemic in the perspective of historical memory, we must realise the limits of the present world order and draw the right lessons. Gandhi identified self-restraint and compassion as the defining characteristics of Ahimsa.

Translated into the imagination of a system, this points us towards a just redistribution of resources and an environmentally sensitive idea of development. It also implies a State that follows the judicious middle path of samyak, moving away from the superstition of privatisation being a panacea for all ills of governance. The regulation of monopolies and the prevention of concentration of wealth in a few hands is the sine qua non of winning back democracy from corporatocracy. If this is not done with some urgency, we must brace ourselves for the frightening prospect of a dystopic ‘after corona’ world order characterised by hyperbolic cu lts of heroes and unprecedented mass surveillance.

Purushottam Agrawal is a Delhi-based writer and commentator. Ritwik Agrawal is a doctoral researcher and instructor of philosophy at the University of Missouri.