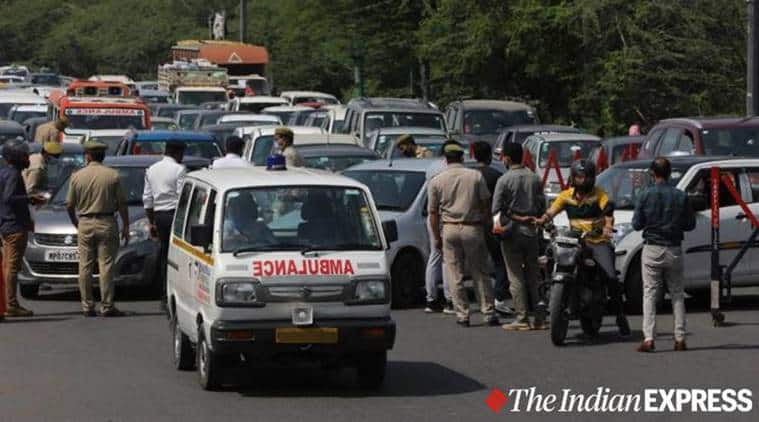 The victim, resident of Sector 17 in Vashi area of Navi Mumbai, had a massive heart attack on April 14. (Representational)

Amid lockdown, a woman from neighbouring Navi Mumbai found herself completely helpless when two hospitals refused to admit her husband, a lawyer, who had suffered a heart attack.

After running from one hospital to another in an ambulance, when Jaideep Jaywant (56) was finally admitted to a medical facility, it was too late, his distraught wife Deepali, who is also a lawyer, told PTI.

She said in the initial days of lockdown to contain the spread of coronavirus, it was her husband who had taken an initiative to supply essential items to harried neighbours, but he died without getting timely help.

The victim, resident of Sector 17 in Vashi area of Navi Mumbai, had a massive heart attack on April 14. He collapsed after having lunch.

“I could feel his pulse. There was still life in him. I immediately called an ambulance and rushed him to a nearby hospital,” his wife said.

“But, the security guard at the hospital did not even open the gates. They said they admitted only COVID-19 patients and no (other) emergency,” she said.

They then went to a municipal hospital in Sector 10 but were not allowed inside. They subsequently proceeded to D Y Patil Hospital in Nerul.

“By the time we reached there, 30 minutes were wasted and he was declared dead,” the grief-stricken wife said.

“Can’t there be any medical emergencies other than COVID-19 during the lockdown? Is it right for hospitals to turn away patients needing emergency medical aid?” she asked.

The woman said she can’t seek action against the hospital in her neighbourhood since she has no evidence against it.

“General practitioners are all closed. Where do ordinary people go?” she asked.