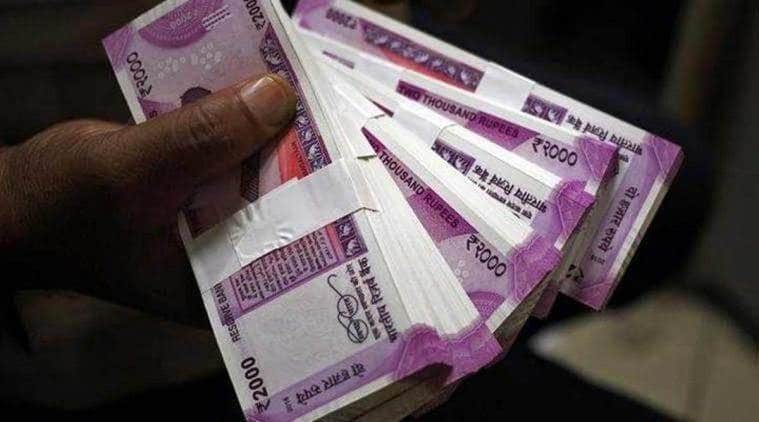 The liquidity released by the RBI is just not reaching the desired beneficiaries. Banks have instead parked huge amount with the RBI under reverse repo. (Representational Image)

Written by U K Sinha

The IMF chief has called the economic fallout of the corona pandemic worse than the global financial crisis and as “humanity’s darkest hour”. Prime Minister Narendra Modi has rightly called this is a war (yudha) against coronavirus, implementing lockdown and containment measures hitherto unimaginable for a large democracy like ours. The same war-like approach is needed in managing and containing the economic fallout. The IMF forecast the country’s GDP growth to go down below 2 per cent in FY21, Barclays have projected zero growth. There is consensus that the first quarter of the year will see negative growth. Some researchers point out that if the lockdown extends further, the country will see a negative GDP growth in the full year. Exports in March have lowered by 35 per cent. While the equity market is holding on in the last few sessions, the drop thus far between January beginning to end-March has also been 35 per cent.

Are there any warning signals?

On April 23, Franklin Templeton Mutual Fund had to shut six of its funds. This has never happened in India in the past. The investors’ money stuck in these funds is around Rs 25,000 crore, with no clarity on when and how much would they get back. A large US-based fund lost close to one fourth of its assets in India.

The problem is unlikely to remain confined to one mutual fund and there are already indications that other mutual funds are facing huge redemption requests. While these funds have investment grade securities in their portfolio, the market for such debt has completely dried up. Even prior to this, there were strong signals from the debt market right since the beginning of April.

In the week ending April 9, state development loans of Rs 37,500 crore which were put for auction had to be either cancelled or reduced in size — and that too at a yield almost 70-75 basis points higher than the previous week. This was in spite of the rate cut by 75 bps by the RBI and injection of liquidity in the previous week.

Even highest rated PSU bond issues faced a gripping problem. REC had to withdraw one of its issues and NABARD could not get the full amount it had sought. ‘AAA’ rated private sector issuers met similar fate and lower rated (investment grade) wouldn’t even consider entering the market. RBI came out with a second package on April 17, where 50 per cent of the Rs 50,000 crore was earmarked for smaller NBFCs and MFIs. But, no bank is willing to entertain this. In the first such auction made by RBI on April 23 for Rs 25,000 crore, only half the amount was subscribed. Another booster shot from RBI by way of refinance through NABARD, NHB and SIDBI is yet to take off.

The liquidity released by the RBI is just not reaching the desired beneficiaries. Banks have instead parked huge amount with the RBI under reverse repo. Insurance companies are, reportedly, out of the bond market right now. Today, no HFC is getting any repayment from home loan buyers, no SME is able to service its NBFC loans and no MFI can hope to get any repayment from its low-income borrowers. Banks are reluctant to lend and refusing to apply the moratorium facility to them. Part of the reason could be the bankers’ worry about punitive action even if honest mistakes are made. But the problem of the mutual fund industry can swiftly migrate to the entire financial services industry and might then soon spread to the real economy.

The All India Manufacturers’ Organisation predicts the closure of 25 per cent of MSMEs if the lockdown is extended. Microfinance clients may not have a place to go for fresh support whenever the lockdown is lifted and similar will be the fate of home loan buyers. According to a McKinsey report, in case of a 25 per cent default by the MSMEs, there will be solvency issues for the entire financial system.

Having rightly focused on containing the spread and on social protection so far, there is now an urgent need to focus on economic revival and job protection. Unclogging the financial markets is the first step towards economic revival. RBI has to ensure that the TLTRO money actually reaches the deserving NBFCs, HFCs, MFIs and MSMEs. There should be willingness to enhance the targeted amount as and when needed. This could be through more clear directions and monitoring, credit enhancement to cover first loss or credit guarantee, issue of tax-free bonds, providing equity to stressed MSMEs through a special fund or a SPV, and lastly, direct corporate bond buying programme by the RBI. Some of these measures have been tried in the past in less testing times.

While these steps may be drastic, it is advisable to take them up sooner rather than later. Else the pain will aggravate and it will ultimately become more expensive for the country. Obviously, there may be honest mistakes in the process. Tolerance for such mistakes has to be high in a situation like this, and this has to be properly communicated to the bankers and civil servants.

The economic revival post-COVID also requires active coordination between government and the regulators. Sebi and Irdai also have to play their part in ensuring normal functioning of the industries they regulate. They will have to re-look at some their ‘peace time’ rules and regulations. There are instances in the last few months where better coordination would have resulted in more efficient outcomes. Coordinated action is the need in the current, war-like situation. The pandemic has exponential characteristics — even in its economic fallout. Linear solutions to deal with it will not succeed. We have to be nimble, take calculated risks with newer approaches, and should be prepared to review and redesign our steps as things unfold.

For all the latest Opinion News, download Indian Express App.