»
Mother’s Day 2020: My Mom Means The World To Me, Says Virender Sehwag 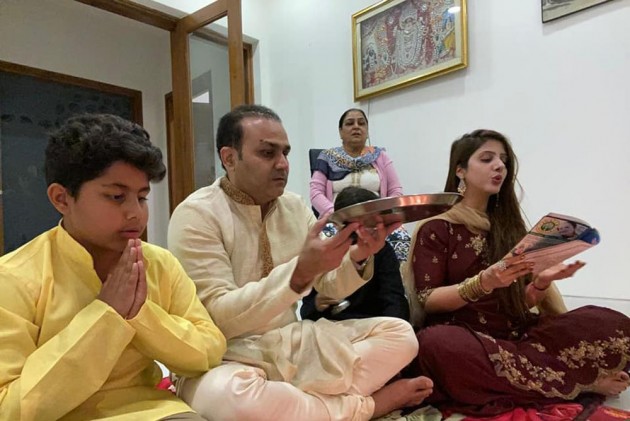 “Even while I was batting, people in their rooms watching the match used to say, ‘Sehwag ki maa ka phone aaya, Viru sakka mar de (Sehwag’s mother has called, Viru will hit a six)’,” Sehwag said in a special video message on Mother’s Day.

Sehwag, who gave a new dimension to the famed Indian batting line-up dominated by the Fab Four, said he had a wonderful relationship with his mother, and she has been a constant companion in his journey.

“My mother means the world to me. In life, amongst all the love one can get, a mother’s love is a love you get whether you deserve it or not. As they say, nalayak beta ko bhi maa ka pyar milta hai (The unworthy son also gets mother’s love).