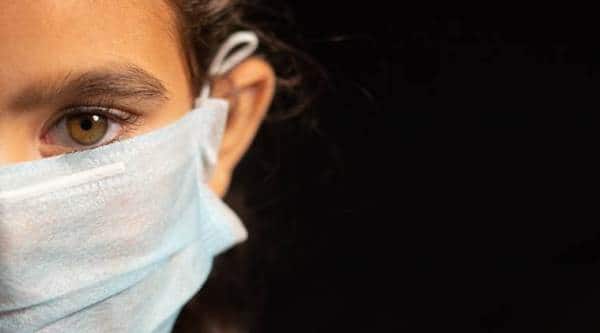 The toddler who is also a cancer survivor, was admitted on April 1 at the Al Futtaim Health Hub after she got infected with the virus passed on by her mother who is a frontline health worker. (Source: Getty/Thinkstock)

A four-year-old Indian toddler in Dubai, despite her low immune system, has become one of the youngest coronavirus survivors in the UAE after she recovered from the deadly disease last week, according to a media report.

Sivani, who is also a cancer survivor, was admitted on April 1 at the Al Futtaim Health Hub after she got infected with the virus passed on by her mother who is a frontline health worker, the Gulf News reported. Both Sivani and her dad were also tested despite not having any symptoms and, unlike her father, Sivani was found to be positive, the report said.

Sivani and her mother were kept in the same facility, but extra precautions were made for the girl who had also fought off a rare type of kidney cancer last year called ganglioneuroblastoma. Sivani was discharged from the hospital on April 20, the report said.

“Sivani had undergone chemotherapy sessions only last year and hence her immune system was still weak”, said Dr. Tholfkar Al Baaj, group medical director at Al Futtaim Health Hub and the consultant in family medicine who treated Sivani. “The doctors were concerned as she was at higher risk of developing a severe form of the disease and therefore, we had put her under close monitoring. Fortunately, she did not develop any complications from the infection”, he added.

Sivani remained under treatment for 20 days before two consecutive negative swab tests rendered her all clear. She will now undergo 14-days quarantine at home, the report added. Sivani’s mother has also completed her treatment but remains under observation and is expected to be released soon.

Sivani is believed to be one of the youngest coronavirus recoveries in the UAE. Others were a seven-year-old Syrian girl and a nine-year-old Filipino boy both in Abu Dhabi, the report added.

For all the latest World News, download Indian Express App.