I would still give him out: Ian Gould on infamous Sachin Tendulkar lbw decision vs Pakistan 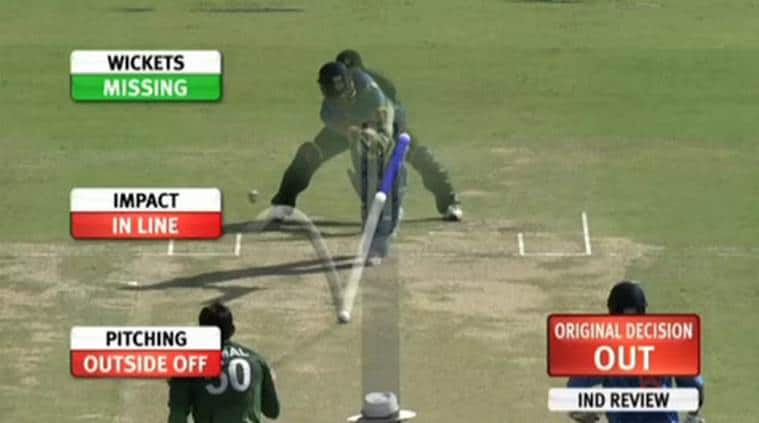 Sachin Tendulkar was given out lbw when on 23 in the 2011 World Cup semifinal. He would go on to score a critical 85. (Screengrab)

Umpire Ian Gould, reflecting on his decision to give Sachin Tendulkar out lbw in the 2011 World Cup semifinal vs Pakistan – a decision which would then be overturned before Sachin went on to score a match-winning 85 – said he would probably do the same thing if he was given a second chance now.

“When I gave him out at Mohali, I’m thinking this is out. I will sit here and guarantee you, if I see it again, I’d still give it out, simple as that. He talked to Gambhir and looked like he was going to walk out, and I’m thinking thank God for that, then he spun on his heels and made that T sign and the world stopped,” Gould told BBC 5 Live Sport.

“Eventually, (third umpire) Billy Bowden told me ‘It’s missing leg, I need you to change your decision.’ Well, no disrespect to him, but I was watching on a 90-foot screen showing me it was missing leg by an inch so I didn’t really need his analysis,” he added.

Replays had showed that the ball pitched in line but Hawkeye predicted that it would have missed Sachin’s leg stump.

“All I saw was a quicker ball from Ajmal and it thudded into the pads and went to square leg. It was just right, he’s out. Sorry, you’re out. I don’t care who you are, Sachin or anybody, you’re out,” Gould said.

READ | Tendulkar benefits from DRS which he had opposed

Gould’s decision and the overturn came in the 11th over of the match, bowled by Saeed Ajmal. Tendulkar was on 23 then. He would then go on to anchor the Indian innings till the 37th over. India would win the match by 29 runs.

This overturned lbw decision has caused controversy before as well. Saeed Ajmal himself had said many years after the incident that he is still perplexed about how the DRS showed that the ball would have been missing the stumps.

“I was 110% confident when the referral was made that the batsman was out,” Ajmal had said.