First to impose curfew, Punjab lets 2.75 lakh secure e-passes; another one lakh get it offline 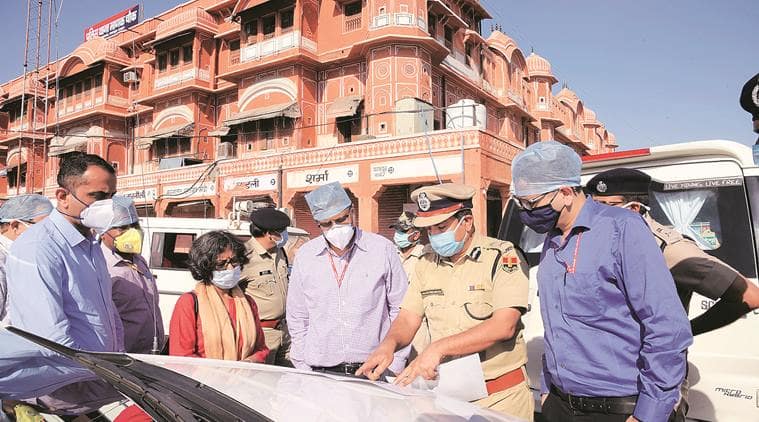 While Punjab became the first Indian state to impose a curfew to tackle the coronavirus outbreak, it also issued around 2.75 lakh online curfew passes across districts during this period, with Ludhiana topping the list.

Data accessed by The Indian Express showed that these online curfew passes were issued from March 24 to April 20. Sources said that apart from e-passes, around one lakh offline passes were issued in Punjab during this period. This number does not include duty passes of government employees of various departments and also Health Department employees. Also, Punjab Mandi Board is issuing separate passes to commission agents and farmers for procurement drive in the state. Procurement started from April 15 and till April 21, total 3,37,025 “mandi passes” had been issued by the Mandi Board. Most of these passes are one-day passes. The state had imposed curfew on March 23.

Except one or two districts, most districts in the state switched to e-pass system from the March-end instead of day one of curfew. According to data received from the office of Director Governance, Government of Punjab, a total of 8.45 lakh people had applied for e-passes out of which 2.75 lakh applications were accepted, while a huge number — 5.39 lakh – were rejected. Another 25,381 cases are pending.

Industrial town Ludhiana tops all the districts as till April 20, it has issued 92,932 e-passes. These passes were issued in Ludhiana (Rural), Khanna and Ludhiana Police Commissionerate area of the district. Ludhiana has so far reported 16 cases of COVID-19, including four deaths. Three more patients came to Ludhiana for treatment from other cities and one out of these 3 had died.

Ludhiana is also the most thickly populated district of Punjab which has nearly 35 lakh population as per 2011 census and it is the only district which has 14 Vidhan Sabha constituencies, said an employee of district administrative complex.

Ludhiana Deputy Commissioner Pardeep Aggarwal while to The Indian Express said, “Industries are making PPEs, masks. Labour is being paid salaries and hence industries needed day-passes from time to time. Moreover, we ask everyone to apply for passes for every work. We don’t allow anything without passes. At many places, some services are open for certain period without passes, but not in Ludhiana, we were on e-passes from day one of curfew.” Meanwhile in Ludhiana, over 450 industrial units have been operating during the curfew.

Jalandhar is second on the list with 29,609 e-passes. It has reported 53 cases and is the state’s second biggest hotspot in terms of cases after Mohali (SAS Nagar). Jalandhar has also reported two deaths.

Amritsar, which is at number 3 in issuing e-passes, had issued a total of 20,546 e-passes till April 20. While Jalandhar has a population of nearly 22 lakh, Amritsar has a 25 lakh population. Amritsar has so far reported 11 cases with 2 deaths and it is at seventh position in the state in terms of COVID-19 cases. Shiv Dular Singh Dhillon, DC, Amritsar, said: “Number of passes don’t indicate that all these persons are on the road every day. Many persons are issued as half-day pass or a single-day pass depending upon urgency of the situation. All are not active passes as of now.”

Mohali (SAS Nagar), which is at the top in Punjab with 62 COVID-19 cases along with 2 deaths, is at number 4 position in issuing e-passes. The district has issued 18,137 passes.

However, the least number of e-passes have been issued by Nawanshahr (SBS Nagar) which reported the first coronavirus case in Punjab.

Total e-passes of this district are 1,249. Nawanshahr has so far reported 19 cases and out of them 17 have recovered, while one has died.

Gurdaspur, which was also a zero-case district till last week, has issued 5,344 e-passes till now. Sangrur, with three active cases, has issued 10,634 passes online.

Ferozepur, which was also a zero-case district till April 17 when Ludhiana ACP’s driver — who came from Ludhiana to Ferozepur — was found positive, issued 8,229 e-passes. Amit Gupta, SDM, Ferozepur, said, “Out of these 8,229 e-passes, now only 1,500 passes are active passes. Rest were issued for a day for one or the other work.”

Bathinda DC B Srinivasan said,”We are issuing passes only for medical emergency cases, rest all passes are being rejected. Most passes are issued to government employees who have been allotted different works including procurement and curfew.”

For all the latest Ludhiana News, download Indian Express App.