Does India Have A Milder Epidemic? Not Really

This is a question that has mutated right in front of our eyes, almost as if to mock us. It was in the air, minus the ‘not’, all of spring and early summer, tremulously asked, and perhaps frequently (and prematurely) presumed to have an answer in the affirmative. A sense that the virus was somehow less virulent here; that if there was a specific India story to Covid, purely epidemiologically speaking, it was that we were speaking of a more modest dystopia. Merely a stronger version of a passing flu. The data curve was such that it could help foster that impression.

It was around three months ago, in March, that the COVID-19 season properly began in India. Soon, the dizzying spiral in Italy had gripped the world’s att­ention. Then, within days, that graph was replicating itself in the US. Naturally, the spectre of Covid effortlessly conquering new territories evoked fears.

But even by April, India’s statistics were now­here near the worst-case scenario. The question naturally arose: was there something at work besides a stringent lockdown?

Nearly every possibility was speculated upon—perhaps the virus was behaving differently here, maybe it was a milder ‘strain’. Maybe there were different ‘strains’ in India itself….one thing in Gujarat, ano­ther in Gurgaon. The questions were not surprising: we knew little of the novel coronavirus, except that it was beset by signs of seemingly inexplicable randomness. So how do we begin to put the pieces of the puzzle together? We put the question to various experts.

Also Read | Did The Lockdown Work? What Did It Do? Would Have Happened Without It?

For a start, the actual spread of the disease across the world is itself an unravelling story. Russia, where they were making music videos celebrating the near-absence of COVID-19 in the initial days, is now a scare story (see Is Socialism the Vaccine?). And this is a strange, moving earthquake, one that has ser­ially found new epicentres: from Italy in spring, to Brazil now. The data dashboard maps out the curve so far—over 66 lakh confirmed cases globally by the first week of June, out of which about 3.9 lakh people have died. And India has crossed 2.87 lakh cases, still with relatively fewer dea­ths—8115—than in many other countries. But the arc had begun to look ominous by May, in such a way as to almost completely negate the original question.

So no, it’s no longer milder in the ordinary sense—we’ll have to wait for the final count and look at percentages to make a weaker claim at ‘mildness’, if at all. And no, the heat certainly didn’t kill the virus.

What explains India’s low uptake initially? India’s population structure probably…other countries have a larger representation of the elderly than we have.

One way to navigate this warren of alleys is to try and mark out the actual presence of the virus, as opposed to official numbers. “Based on the results of seroprevalence studies conducted around the world, we now understand that the epidemic has spread far more widely throughout the (human) population than can be gleaned from case reports alone,” says Jay Bhattacharya, professor of medicine at Stanford University. By seroprevalence, he’s referring to the blood tests that look for antibodies—the body’s natural method of fighting an infection. It’s a useful tool for epidemiologists to estimate what fraction of a population has already been exp­osed to the coronavirus. Last month, a Spanish antibody study indicated that 5 per cent of Spain’s population has been aff­ected—a figure that held up in a subsequent second round of survey. Sounds modest? Well, that’s nearly 24 lakh people, over a third of the official world total. That may be the actual wingspan of the virus flying under the radar.

And here? Well, the Indian Council for Medical Research (ICMR) too is currently carrying out a household-level antibody survey to estimate the prevalence of the infection in the country—an ELISA test has been developed by the National Institute of Virology to look for Immunoglobulin G (IgG), a type of antibody. The survey across 69 districts in 21 states could potentially give us a richer, more finely-grained view of COVID-19’s passage through India. ICMR favours repeated cross-sectional investigation to establish the actual trends in an evolving pandemic—a kind of live cartography that maps the progress (or regress) of infection in specific districts which, when aggregated, offers us a country picture. 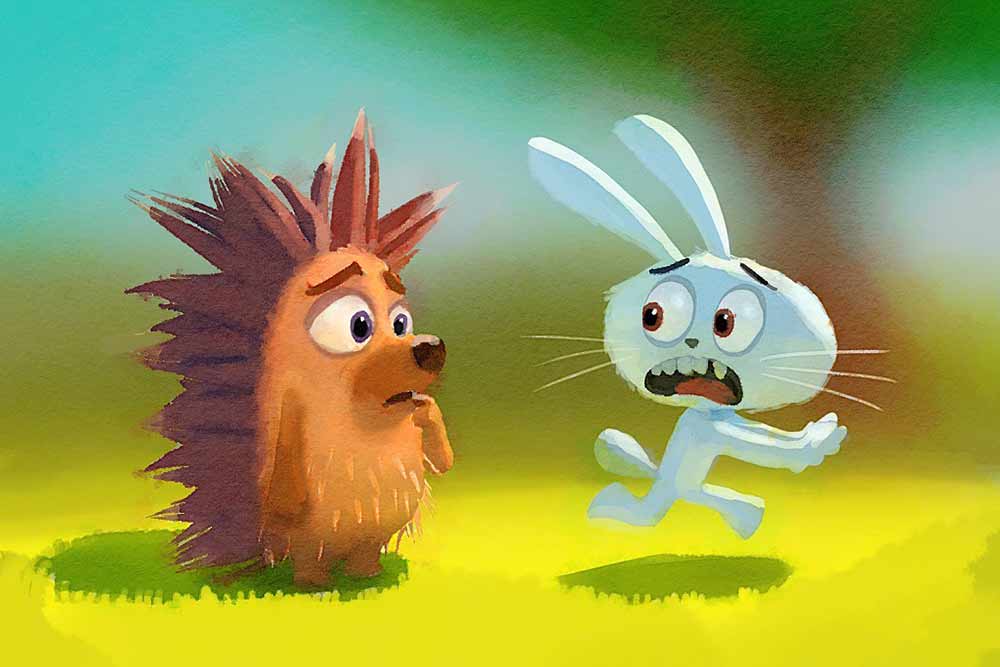 The spurt seen in the official count in recent weeks—6,000+ cases being docked each day in the last week of May, almost touching 8,000+ as we closed off the month, then scaling 10,000 with a kind of sherpa-like tenacity a week later—gives us a peek into the spread. But even that may be a fraction. Bhattacharya says various global studies indicate—depending on the locality—that, for every identified case, “somewhere between 10 and 500 people have been infected without being identified by healthcare systems as having the virus”. By itself, the view that swab tests alone may not yield a true picture isn’t new, because these tests, being time-consuming and expensive, have not cast their net wide enough, especially in India. But, on the other side, antibody survey findings too have been widely disputed—even a paper Bhattacharya co-authored last month was criticised for its methodology (one of the early antibody surveys, it had looked at Santa Clara, California, as a case study).

Also Read | Our Live-in Virus: What Does the Real Covid Map Look Like?

Then, the virus itself. Some pointers of how it spread around the world come from the genomic sequences various labs have decoded. About 40,000 sequences are currently available on the GSAID database, including some 400 from India, enabling researchers to piece together an evolutionary history, or the phylogenetic tree. All viruses mutate over time—think of them as the typos they make as they replicate their RNA inside the host body’s cells, which then get to be a new accepted spelling. The coronavirus is no exception. Researchers broadly group these variations into genetic lineages or clades. Globally, at least 10 clades have been identified, the A2a clade being the most common—in India as well. But there’s no evidence to say if any clade is less or more virulent than the other—it’s precisely such a claim that had come up last month from Gujarat.

In the initial phase, India saw the infection mostly in young people. When it spreads to the elderly and more vulnerable, the picture will be the same as anywhere in the world.

All talk about some mutations being deadlier—such as the allegedly more lethal D614G mutation—or references to variable infectivity between the so-called ‘S strain’ and ‘L strain’ have now been given a quiet burial. Columbia virologist Vincent Racaniello summarised it with a headline to his blog post, ‘There is one, and only one strain of SARS-CoV-2’. The more recent claim from Italy that COVID-19 was “weakening” too has largely met the same fate. No serious study anywhere has yet found a significant mutation—either heralding more virulence, or a weakening.

Epidemiologist Giridhara R. Babu of the Public Health Foundation of India sums it up thus: “What we definitely know is the genetic make-up of the virus is nearly the same all over the world.” Another scientist working on vaccines says virus mutations don’t present a significant issue to researchers like him—“the most important protein on the virus is the Spike protein and there is a mutation at a single position, but the rest of the Spike is pretty well-conserved in all the isolates that have been seen to date.”

Also Read | Plasma Therapy — Is It The Difference Between Life And Death?

That doesn’t mean science stops looking. “We can’t say yet if a strain is more virulent or not,” says Rakesh Mishra, director, Centre for Cellular and Molecular Biology (CCMB), Hyderabad, offering a cautious margin note. “There are some mutations that look unique to our isolates, which is understandable.” Last week, Mishra’s centre—along with its sister labs, the Institute of Genomics and Integrative Biology in Delhi and the Chandigarh-based Institute of Microbial Technology—identified five clades that were circulating in India at the beginning of the outbreak. Among them was a new clade, which, the study claimed, hadn’t been classified as such before. This new clade—they named it A3i—was mostly from the Telangana and Tamil Nadu region, and seen in some other South Asian countries, says Mishra.

Their next step will be to see if there’s a link between the clades and patients’ clinical manifestations. “We want to see if there is a medical correlation,” says Mishra. Meanwhile, genomic studies too are being planned to try and tease out a better understanding of the virus and disease progression. There are several questions here—why are such a large number of patients asymptomatic, for instance. But alas, good science needs to be allowed to mature. “This patient-based gene study will take six months to a year…data generation takes time,” says Mishra.

“We certainly know more about the disease than we did at the beginning,” says Gautam Menon of Ashoka University, which is currently building a long-term simulation model for the COVID-19 spread in India. “Our earlier estimates of the infection fatality rate were probably excessive, and we did not understand the importance of asymptomatic cases in driving transmission early enough.” Even now, the question of how infectious asymptomatic people can be is open-ended (see Asymptomatic box). An ICMR study of testing data up to April 30 had found 28 per cent of 40,184 positive cases to be asymptomatic—but these were only those who had direct contact with lab-confirmed cases.

Throughout the world, the Covid virus is asymptomatic or mildly symptomatic in about 80 per cent of infected people. So what explains India’s low uptake initially? “India’s population structure probably offers clues,” says virologist T. Jacob John. “Other countries have a larger representation of senior citizens than we have. We have a different population pyramid.” But even though the 65+ age group made up only 6.18 per cent of India’s population in 2018 (as against over 18 per cent in the UK and Italy), the sheer numbers are still large—roughly over 83 million people. In the initial phase of the epidemic, says Babu, we were seeing the infection mostly in young people. “The moment it spreads to the elderly and more vulnerable, the picture will be the same as anywhere in the world,” he had predicted in mid-May. Three weeks later, as India takes the fifth spot in the world, we’re already there in a gross sense—without the benefit of an age-wise mapping. The real challenge may be to stop this from becoming truly, chillingly Malthusian.

Are we in an era of constant and regular viral attacks, since SARS? Is a bigger one lurking?

This is an opportunity for India to really understand that there have been outbreaks and epi­demics in India every year for decades. SARS, MERS, Ebola, COVID-19 are epidemics you are aware of because they worried people in rich countries. Globally, HIV caught people by surprise because most public health people in the 1970s believed infectious diseases were all under control in rich countries, and they were only a problem of poor countries. What we now know is that there are outbreaks around the world every year, and that some of them can become pandemics. This COVID-19 pandemic was expected, and unfortunately, it is not considered to be the worst pandemic that is possible. There are other, even more dangerous pandemics that are possible. Old infectious diseases can come back, and there are new ones coming more frequently. In fact, the WHO has a category called Disease X which stands for a new disease that we have no ideas about regarding its origin or make-up, and they have been preparing for what to do with that.