Diary | In Love With Jhalmuri, If There’s Rishi Kapoor, Can Food Be Far Behind?

Grumpy. As far as first impressions go, there was only one way to describe the man—grumpy. This was sometime in 2006, at the launch of Madhu Jain’s book The Kapoors. While others from the family, like Shashi Kapoor, posed happily for pictures and even engaged in some inconsequential conversation, Rishi Kapoor was…well, grumpy and forbidding.

Cut to 2011—my next meeting with Rishi Kapoor. This was courtesy my friend and author Suresh Kohli who had facilitated the publication of K.A. Abbas’s novelisation of the scripts of Mera Naam Joker and Bobby. Rishi Kapoor had agreed to release the books at a bookstore event. And this time, the star was mellower. He seemed amused that two of his favourite films could be published as novels. That’s when the seed of his autobiography was sown.

Mid-October 2016. After five long years, the draft of the autobiography finally arrived with the deadline of a January 2017 launch at all major lit fests. Over the next three months, I would get a glimpse of the man behind the grump. Given his very committed involvement in what was clearly a passion project, I was spending more time with him in Mumbai than with my family. At one point, he told me, “Shantanu, it’s not funny, I am seeing more of you than I am seeing Neetu.” The autobiography meant the world to Rishi Kapoor—I could make that out all through those months, in his almost childlike involvement, his sudden phone calls to check if an anecdote had been included, his worry if it was a story worth telling.

From being flagged down by traffic cops for jumping a signal to snacking from a roadside vendor to lunch at his favourite south Indian eatery in Bangalore—for me, the story of the making of the book was as enjoyable as the book itself. Not so much for being in proximity to an iconic star, but for the love and affection he showered as a human being. Imagine travelling with Rishi Kapoor and Neetu Singh after dinner at their favourite Chinese restaurant. Hum hain rahi pyaar ke playing on FM 92.7, Rishi Kapoor humming along. The song sequence jump-cuts to high drama as the driver jumps a red light. But Neetu only needs to roll down the window on her side. Before I know it, the star couple are outside, busy posing for selfies with the Mumbai traffic police. 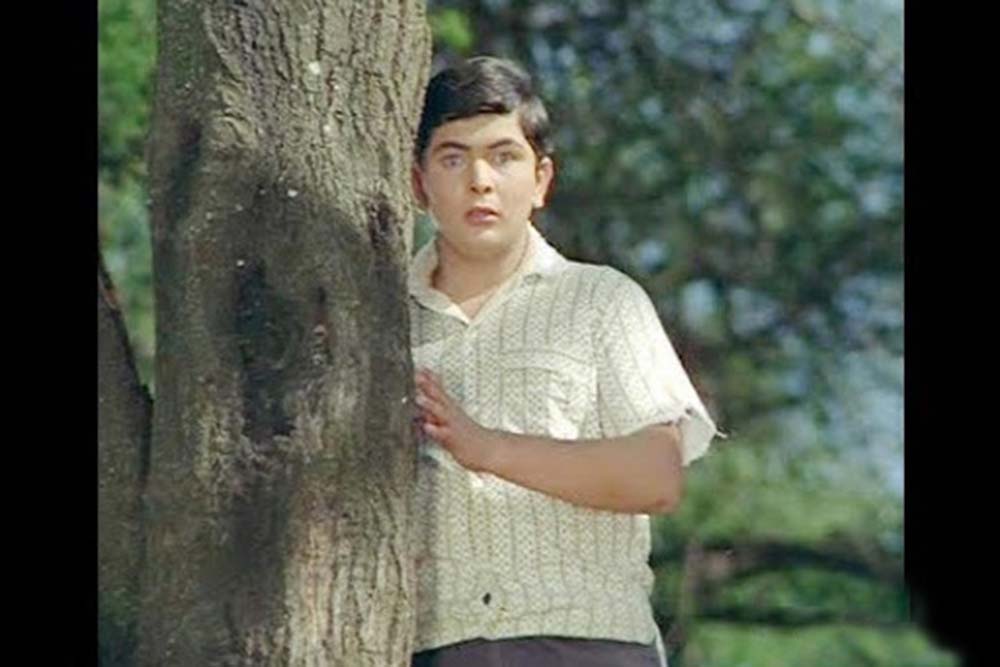 Even without Rishi Kapoor around, the famous Kali Ghat temple in Calcutta is a chaos of apocalyptic proportions, even though the authorities have cordoned off the area. An elderly priest at the temple reminds him of Raj Kapoor’s visit to the temple during the release of Mera Naam Joker and Bobby, with Rishi in tow for the latter! I have my first and only darshan of the goddess. And on the way back, it takes all the effort of Calcutta police to ensure that his SUV doesn’t topple over with the jostling crowds that have gathered by now. Unfazed by it all, his first question after getting into the car: ‘Now, where do I get some jhalmuri?’

If there’s Rishi Kapoor, can food be far behind? These months during the making of the book and the various events were marked by sampling the best local non-vegetarian cuisine (often with the restaurant band belting out his songs in the background). In fact, on each of my visits to their home, the food was a major attraction. It also provided me a glimpse of the legendary Kapoor hospitality. Not only was the food different and delectable each time, Rishi would personally call me the day before my arrival to check on what I would prefer to have. As they became aware of my sweet tooth, not one meal passed without some mouth-watering dessert. No wonder by the time the book came out, I was a few kilos overweight. 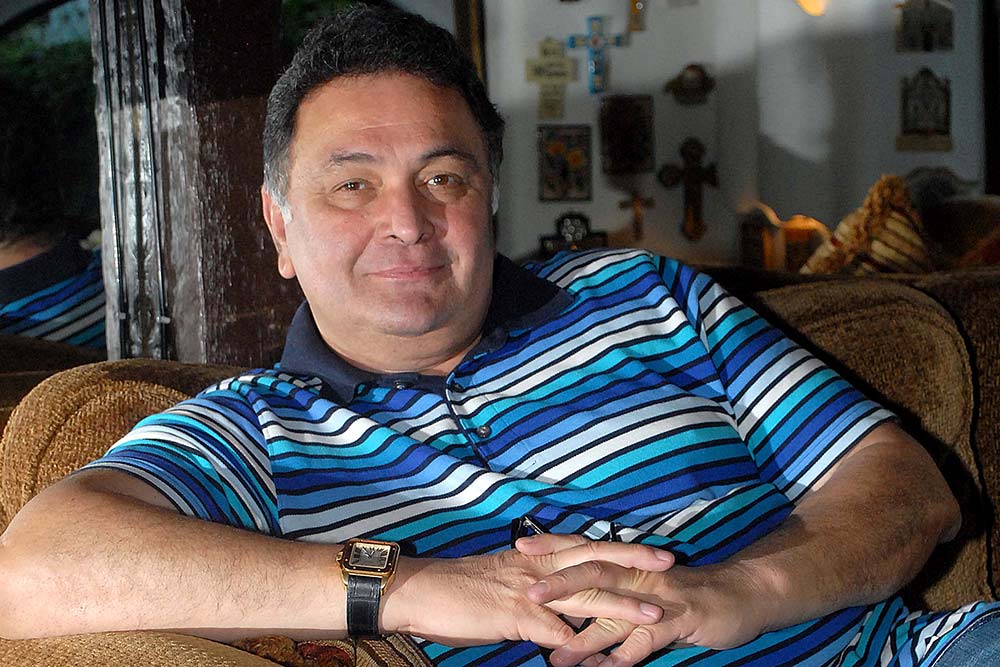 My first impression of Rishi Kapoor wasn’t the last. Sure, he could still be grumpy. I had to be just 10 minutes late for a meeting and he would be ready with the choicest of expletives. That was just the way he was. But once you had his confidence, behind that exterior was an immensely lovable man, full of beans, who enjoyed his work as much as he did his tipple at eight in the evening and did not mince words.

One of the great joys of working on the book was the honesty he brought to it. He was as candid about buying an award, tea with a dreaded don in Sharjah, wearing the wrong pants for a cult song and other personal follies, as he was about his views on his son’s debut film as an actor. He wasn’t someone who suffered fools gladly. He could also be endearingly self-deprecating about the first phase of his career as a star—“I had little to do but change jerseys and ‘play’ the guitar.” Of course, he was proud of the effort he had put into those star-making roles, of what it took to convey all those emotions in a song. Time and again, he would demonstrate how every nerve and sinew on the face had to be worked upon to act in a song—and how he had imparted that lesson to Ranbir too.

But there wasn’t a doubt that Do Dooni Char, Agneepath, D-Day and Kapoor and Sons had done his confidence a world of good. He was as forthcoming about how he had almost said no to Agneepath (he could not bring himself to visualise the audience accepting Rishi Kapoor as Rauf Lala) as he was proud of the hours it took him to get into his make-up for Kapoor and Sons. I realised that in 2006, he probably wasn’t in a good personal place and that reflected in the way he came across. In the ten years hence, his success as one of the finest actors had given him equanimity and mellowed him.

In the two years since the book published, we met on and off every time I went to Mumbai. Our discussions would often hover around the possibility of Neetu Singh doing a memoir about her life with the Kapoor khandaan. That was something he was very keen on. He was always his gracious self and responded to every message or call. Even when he had to go off to the US for his treatment. At no point during these years—and these were tough years with the death of his mother and sister, the fire at and eventual sale of RK Studios—did he seem anything but his gregarious self. That’s what makes this even more difficult to reconcile to. It is impossible to think of Rishi Kapoor in the past tense. It is inconceivable that I am actually writing this.