Delhi: In stern order, police chief says DCPs will be taken to task for new cases 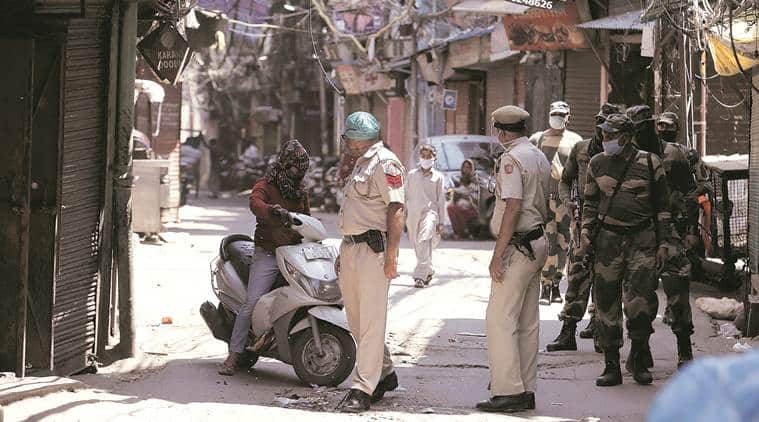 After 25 police personnel tested positive for COVID-19, Delhi Police Commissioner S N Shrivastava Monday discussed a detailed strategy plan via video conferencing with senior officials and directed that DCPs will “be held responsible if more cases of personnel being infected arise in their district”, The Indian Express has learnt. More than 200 policemen, including a DCP-rank officer, are under home quarantine at the moment.

On Tuesday, seven personnel, at Jahangirpuri police station tested positive. The area was declared a containment zone after 26 people from the same family contracted the virus.

Following evacuation of Tablighi Jamaat members from Hazrat Nizamuddin, directions were given to all SHOs to check mosques in their areas. “Two weeks ago, 184 people, including 138 foreign nationals, were traced to 13 mosques in Chandni Mahal. They had attended the Jamaat gathering. Fifty-five tested positive. Eighteen people were traced to Nabi Karim and 14 to Bara Hindu Rao. A majority of personnel who tested positive were involved in shifting these people to quarantine centres,” said a senior officer.

“On Monday afternoon, Shrivastava first discussed COVID-19 cases within the force and took a stern view of police not taking proper precautions despite repeated directions. He said every police colony and building has to be sanitised. He also suggested a strategy to send 15% of their staff in isolation, so that if an outbreak were to happen at a police station, those in isolation can be called in for duty,” said police sources.

The Chandni Mahal police station has been sealed and 80 personnel have been tested.

JCP (Central range) Suvashish Chaudhary said: “We have asked all personnel to patrol in vehicles and avoid public interaction. We also asked them to maintain social distancing, use PPE kits and sanitise police stations.” The district has 11 cases.

To ensure efficient contact tracing within the force, police are also keeping an eye on families of personnel who tested positive. Two cases have been reported in South Delhi and Old Police Lines where family members of policemen also tested positive.