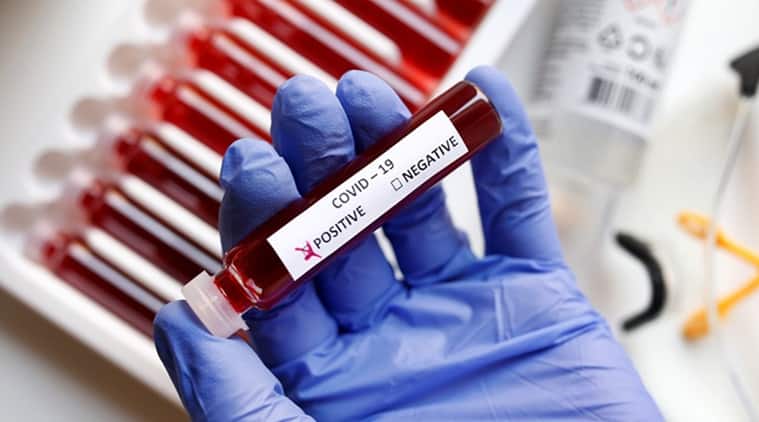 Ten new positive cases were reported from the state on Sunday and 19 were reported on Saturday, which included 15 cases from Patiala alone. (Representational Image)

Punjab recorded only one new coronavirus case on Monday, the 29th day of the curfew in state, taking total cases tally to 245.

The case was reported from Jalandhar. The patient had come in contact with another patient who had previously tested positive.

Ten new positive cases were reported from the state on Sunday and 19 were reported on Saturday, which included 15 cases from Patiala alone.

Samples of 93 policemen from Ludhiana city police who came in contact with either of the five positive cases (ACP Anil Kohli, SHO Basti Jodhewal, ACP’s gunman from Ferozepur, SHO’s ASI driver or theft accused arrested by Focal Point police) were sent for testing. Of these, 70 samples have tested negative and reports of 20 were awaited till Monday evening.

No new case in Amritsar in last 11 days

After three cases which health officials suspected to be community spread sent authorities into a tizzy, no new positive case of COVID-19 has been reported in Amritsar in the last 11 days.

Padma Shri recipient Raagi Nirmal Singh was the first suspected case of community spread. After his death, two more suspected cases were reported within a 1 km diameter of his house in Udham Singh Nagar, a densely populated area of the city. After Nirmal Singh, an official of the Amritsar Municipal Corporation had also died of COVID-19. The third case was that of a 67-year-old man from Krishna who was discharged on Sunday.

However, no new case was found after authorities carried out physical screening of the city area from where the cases were reported.

The last case in Amritsar district was reported on April 9 from Jandiala. The patient had recently travelled to the UK.

“If people follow the curfew and don’t let anyone come to their home for remaining days of lockdown, the city will be cleared of coronavirus. Panic time is over but it is yet not time to relax. People should strictly follow the lockdown. It is good for the health of holy city,” said a health official.

A 35-year old man from Jalandhar tested positive on Monday. Meanwhile, a patient in Kapurthala has recovered.

The Jalandhar patient hails from Makhdumpura locality. He is the contact of an earlier patient from Raja Garden Colony. With this case, Jalandhar’s total tally is 48.

In Kapurthala, around 162 samples of students and staff of Lovely Professional University (LPU), Phagwara tested negative. Kapurthala Civil Surgeon Dr Jasmeet Kaur Bawa said, “After completing the screening of nearly 3000 persons including students, staff, mess workers and others in the LPU campus, we have started screening of LPU students living in PGs.”

She said that nearly 1,000 students were living in PGs and rented accommodations.

Meanwhile, the 21-year-old LPU student, who had tested positive is undergoing treatment at the isolation ward of the Kapurthala Civil Hospital.

A 17-year-old patient belonging to Tablighi Jamaat in Kapurthala Civil Hospital has recovered as his second test report was also negative. He had come from Mumbai to Kot Krar Khan village in Kapurthala on March 18.

Stranded for nearly 20 days at Punjab’s Pathankot, nearly 1,180 residents of Jammu & Kashmir finally left for their hometowns Monday afternoon. Despite completing the 14-day quarantine period, they had been unable to return, claiming that entry was denied to J&K due to the COVID-19 outbreak.

Kathua Deputy Commissioner on Friday met them at Pathankot. They left for their hometowns after obtaining fitness certificates issued by the Punjab government.

With inputs from ENS Ludhiana, Amritsar and Jalandhar