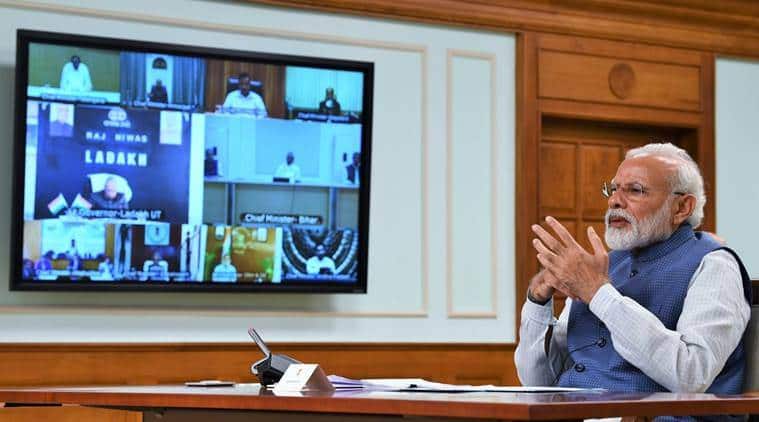 Following Monday’s meeting of Chief Ministers with Prime Minister Narendra Modi, sources have told The Indian Express that the lockdown will be extended in hotspots, while restrictions will be eased in districts not affected by the infection. Odisha Chief Minister Naveen Patnaik wanted the lockdown to be extended by one more month. According to sources, Patnaik, who led the chorus for extension of lockdown, said it should be stretched to June 3. Sources said at least two states backed him.

According to an official note, Prime Minister Modi underlined that the lockdown has yielded positive results as the country has managed to save thousands of lives in the past one-and-a-half months. Pointing out that India’s population is comparable to that of the combined population of several countries, Modi said that the country could protect its people because of the timely measures. “However, he forewarned that the danger of the virus is far from over and constant vigilance is of paramount importance,” a source said.

Meanwhile, the Supreme Court has asked the government to respond in one week on whether the matter of inter-state transport of migrant labours was being examined. The apex court said this while hearing a plea by advocate Prashant Bhushan, where he asked the court to allow inter-state movement of the migrants, remarking that the state government seemed to have closed its eyes on the matter.

Meanwhile, Punjab Chief Minister Captain Amarinder Singh said that former prime minister Manmohan Singh has accepted his request for guiding a group of experts formed to come out with a post-COVID-19 revival strategy for the state.