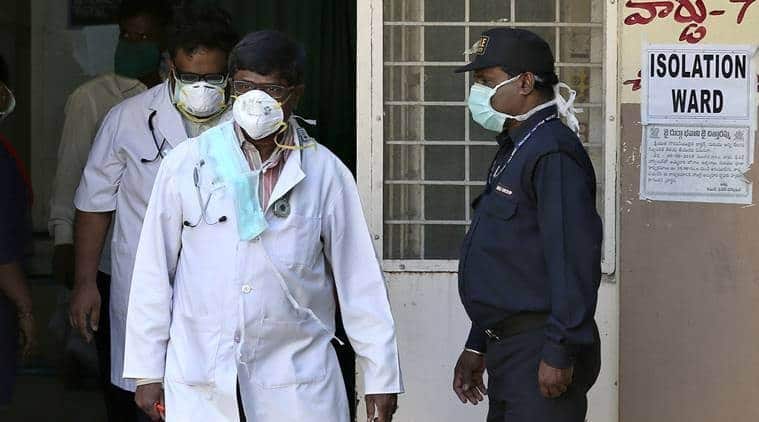 Mulund police station senior inspector Ravi Sardesai said they have seized the mobile phone of the person who shot the video of the doctor and will arrest him soon. (Representational Photo)

MULUND MLA Mihir Kotecha recently released a video, in which he is seen saying that local police had registered a case against unidentified persons who shot a video of a man being taken away in an ambulance and shared it widely.

The man is a doctor who was treating COVID-19 patients and had subsequently tested positive. Someone recorded the video of him being shifted in an ambulance and posted it on social media, where it went viral. At the time, two patients had tested positive for COVID-19 in Mulund, one being the doctor.

“I want to ask people if they are thinking about the crime they are committing before sharing such videos. An FIR has been registered at Mulund police station against the person who shot it and those who shared it,” Kotecha said in the video.

Even though the Ministry of Health and Family Welfare has issued an advisory asking people not to “spread names or identity of those affected or under quarantine or their locality on social media”, several cases have come to light where people are “revealing” names of those testing positive for COVID-19 on social media. While some states were providing the names of those testing positive to encourage contacts to come forward in the initial stages of the outbreak, Maharashtra government decided to respect confidentiality rules on keeping their identities private, as incidents of stigmatisation rose. Maharashtra police has been registering FIRs against those found doing so.

An officer from cyber police said apart from communal messages and those spreading misinformation about COVID-19, cases were coming about people sharing videos or spreading messages in their society or local WhatsApp groups informing others about who has tested positive.

On the day that Kotecha put out the video clip, another person in Uttan recorded a video of a woman who had tested positive and was being taken to hospital in an ambulance. When a relative of the woman found the video in his school WhatsApp group, he informed the woman’s husband, who approached the local Uttan Sagari police station, where an FIR was registered against the person in the neighbourhood who shot the video and the person who forwarded it.

The officer from cyber police added that there were cases where the information “was misleading and spread with the motive to malign the person or community”.

A senior officer said, “In majority of these cases, while the intention may not be to cause problem to the person, the accused does end up putting the victim and his/her family at risk of social isolation. Hence we are taking strict action against those indulging in such activities and registering FIRs to create fear around ‘overenthusiastic’ people who are quick to shoot videos or share unverified information.”

Mulund police station senior inspector Ravi Sardesai said they have seized the mobile phone of the person who shot the video of the doctor and will arrest him soon. On the Khadakpada incident, a police officer said, “The message has been shared several times and we are trying to track down the original sender.”