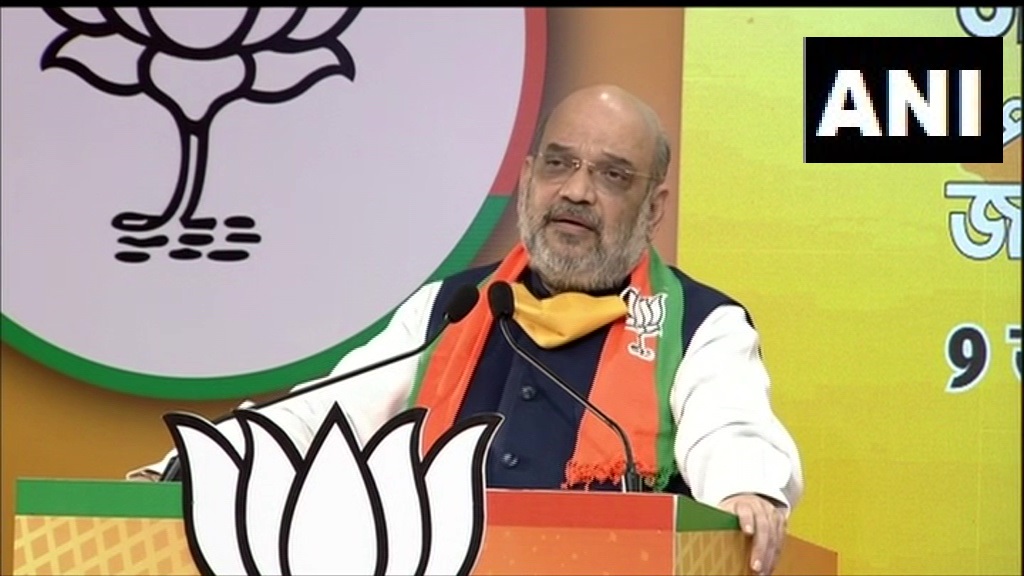 West Bengal Banerjee had slammed the Centre for running the Shramik Special trains and alleged that migrant labourers were stuffed in these trains and that social distancing norms were not followed. She had termed the special trains as ‘Corona Express’.

He said though the BJP wants to expand its influence in the TMC-ruled state, its goal is to rid West Bengal of the “environment of terror”.

“Bengal is the only state in the entire country where the culture of political violence is flourishing,” he told the BJP’s virtual ‘Jan Samvad’ rally.

He said despite the BJP winning a staggering 303 seats in the Lok Sabha elections, he held the 18 it won in the state dear.

The senior BJP leader slammed the West Bengal government for not joining the Ayushman Bharat health scheme for the poor.

Castigating Banerjee over her stand on the Citizenship (Amendment) Act, Shah said the people of Bengal will reduce her to a “political refugee” because it.

The Union Home Minister lauded the Narendra Modi government for its bold steps in the aftermath of the Uri and Pulwama attacks.

“Nobody uttered a word when terrorists intruded and beheaded our soldiers with impunity when the UPA was in power. Our surgical and air strikes sent out a strong message that we have zero tolerance to terrorism,” he said.

He accused the Trinamool Congress government of patronising corruption.

“There is corruption everywhere. It continued unabated even when the people of Bengal were reeling under the impact of cyclone Amphan,” he alleged.