3348 km Of Boundary To Share, Why India And China Can Never Be At Peace

A  telephone conversation between Donald Trump and Narendra Modi, at a time when Indian and Chinese soldiers are locked in a boundary face-off in Ladakh and Sikkim for nearly a month, is bound to spark off speculation in diplomatic and political circles. Ostensibly, the US President wanted to invite the Indian Prime Minister for the forthcoming G7 Summit—a desire that Trump had aired a few times recently. On May 29, he had expressed his desire to mediate between India and China on the rising tension at the LAC, claiming that he had spoken to Modi about it. That offer was politely turned down by New Delhi; the claim that the two had spoken quietly refuted.

However, in their actual confab on June 2, Modi expressed concern over the civil unrest in the US; Trump also wanted to know about the situation at the LAC. He was told it was under control and that India and China were aiming to resolve it through dialogue. But many are trying to divine the true import of the US President’s call, inasmuch as he is engaged in a tussle with China over global dominance.

Initially, the two sides had agreed to clarifying the LAC. But, after exchanging maps for the middle sector, the Chinese showed no further interest.

Meanwhile, Indian and Chinese defence officials and diplomats were engaged in hectic parleys to bring the current stand-off between their soldiers at the un-demarcated frontier in Eastern Ladakh to an early end. On June 6, military officers at the Lt. General-level are scheduled to meet to find a solution to the crisis. There have been no fresh skirmishes in the area, even though soldiers of the two sides have consolidated and reinforced their positions along important points in the LAC. With the leadership of both sides keen to resolve the issue, tension may finally be defused in the next few weeks. As long as the situation does not escalate, both sides are willing to wait. Yet, the question remains on how temporary structures built in the points of contention by Chinese soldiers well into Indian territory can be dismantled with tact and through amicable negotiations.

There is a bigger, bothersome question as well—in the absence of a mutually agreed Line of Actual Control (LAC)—a firmly demarcated line behind which soldiers of the two sides are supposed to stand—there remains the possibility that the neighbours could be dealing with a similar military crisis in future. 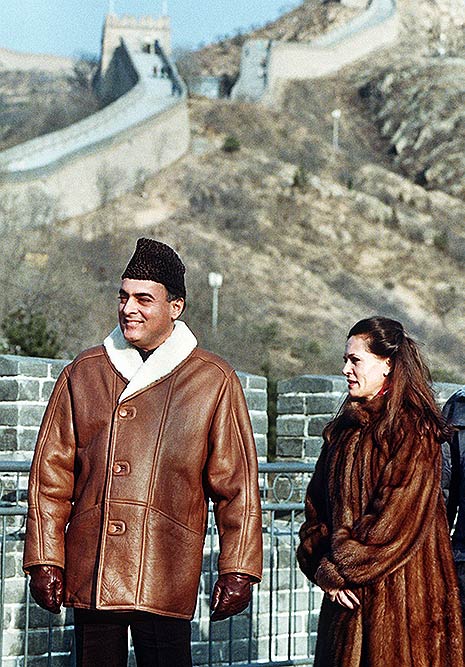 The India-China boundary runs over 3,448 km. The LAC is the line that divides areas supposedly under Indian and Chinese control since the 1962 war and is divided into three sectors—eastern, middle and western. But the LAC was not mutually agreed, mainly because the war ended with a unilateral ceasefire by China, leaving parts of the LAC mired in competing perceptions. Additionally, subsequent efforts by third parties to mediate had also ended in failure. According to military historian Srinath Raghavan, in the Ladakh sector these differences in perception are compounded due to ano­ther reason. During the war of 1962, China occupied territory beyond the line that it had been claiming in previous negotiations over the boundary. The issue of where exactly Chinese forces stood after the war remains contested. 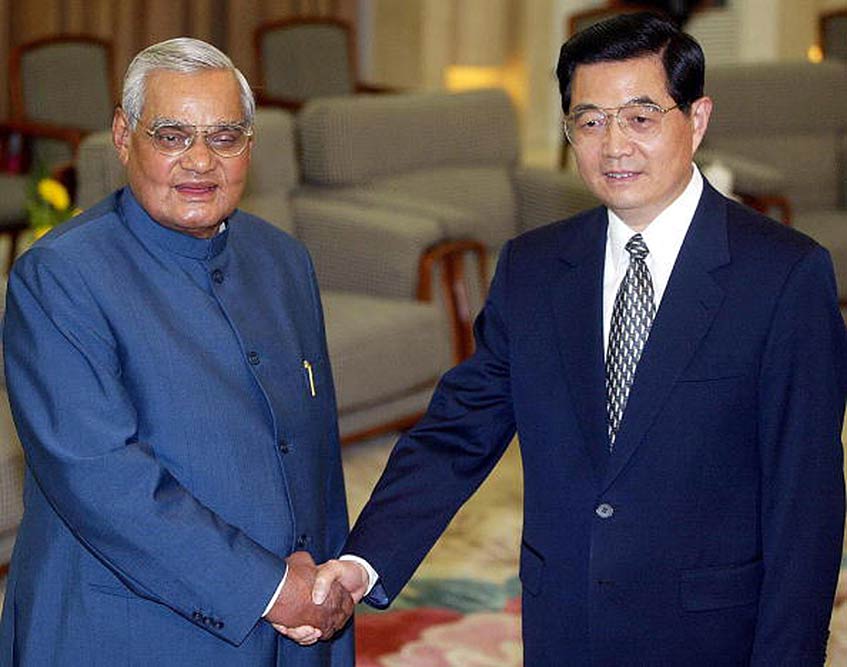 Defence minister Rajnath Singh said something similar in a recent TV interview: “Since long, China has agreed to the Line of Actual Control at some places, but at some other places they do not agree, and claim it is ahead. We too, have similar assumptions at some places. We patrol till the LAC, sometimes their troops come here after crossing the LAC.” He pointed out that this process has been going on and “it is not happening for the first time”. Over the past decade, there have been a number of stand-offs between Indian armed personnel and members of the Chinese People’s Liberation Army (PLA) along the LAC. Indian diplomats attribute them to significant improvement in infrastructure, communication network and enhanced transport that bring patrols of the two arm­ies face-to-face more frequently than in the past.

In the interview, Singh had said, “Nobody can deny the fact that there has been differences in perception about the India-China border.” But he was quick to point out that “there is no question, and nobody can ima­gine” that (because of those differing perceptions) India can be arm-twisted, as was done in 1962. The defence minister stressed that “India is also trying that tensions should not rise in any situation. If it needs to be discussed at the military level, then through talks at the military level; if it requires to be disc­ussed at the diplomatic level, then through talks at the diplomatic level…the situation must be resolved,” he said. Singh also pointed out that Beijing, too, wants the situation to be res­olved diplomatically. 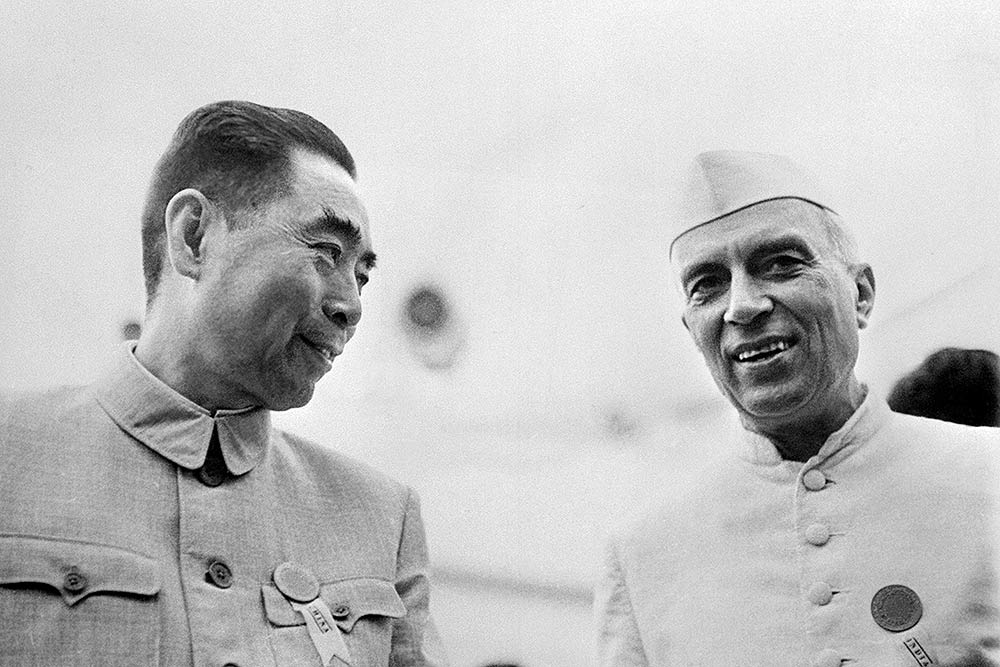 But experts point out that some areas like Daulat Beg Oldi, which has been in focus in the recent past, has been contentious even before the 1962 war. “Such places are likely to remain contentious until there is a boundary agreement between India and China. Till such an agreement is reached, both countries will continue to send troops into disputed areas, if only to keep their formal territorial claims alive,” says Raghavan.

How to ensure, then, that every summer the two sides do not face a similar situation? “There are three possible ways: either negotiate a boundary line or clarify the LAC or agree to two separate lines, one which Chinese troops will not cross and which Indian troops will not cross (neither LAC nor the boundary),” suggests Gautam Bambawale, India’s former ambassador to China.

The Indian leadership has tried clarifying the LAC as a possible way to stabilise its frontiers with China on a number of occasions. Initially, the two sides had agreed to it, but after exchanging maps for the middle sector—the least contentious of the three sectors in the LAC—the Chinese showed no further interest in it. After Narendra Modi came to power in 2014, he too raised the issue with Chinese President Xi Jinping on more than one occasion. 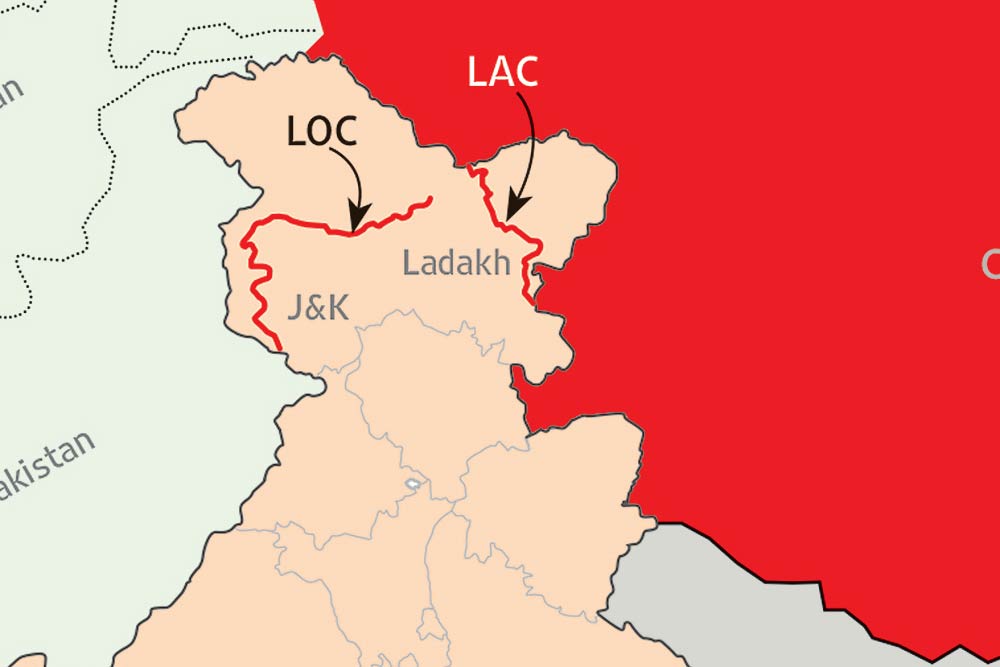 “A shadow of uncertainty always hangs over the sensitive areas of the border region. It is because neither side knows where the Line of Actual Control is in these areas,” Modi had told Xi during the Chinese premier’s visit to India in 2014. He repeated it during his own visit to Beijing. It found no positive res­ponse from the Chinese side.

Raghavan provides the argument as to why Beijing has not warmed up to the idea. “The Chinese have made it clear several times that they are not interested in LAC clarification,” he says. He feels the Chinese bel­ieve that a clarified LAC will eff­ectively become the basis for the boundary negotiations. In addition, Raghavan is of the view that an unclear LAC also works to China’s advantage, enabling it to pressure India from time to time—as they are doing now.

There is now a growing view amongst foreign policy commentators that it was about time for India to reset its China policy by making it more attuned to the changed ground reality. They feel that the area of cooperation between the two neighbours has been shrinking fast and the power disparity is widening significantly in China’s favour. This, they point out, is the core issue that makes China make all att­empts to resist India’s current infrastructure-building activities along the LAC. China already has a significant advantage in this score with a network of roads connecting to its base camp for unhindered movement of troops and their supply line. It doesn’t want India to gain parity at its side of the border with an equally efficient infrastructure. Those who subscribe to this line of argument, therefore, feel that the best option for India was to be part of an American alliance to counter and contain China’s aggressive rise.

India, thus, has to deal with an intractable problem—a boundary that remains un-demarcated, undelineated and disputed for over seven decades with a neighbour whose rise is manifested by periodic flexing of muscle.

“The only solution is to settle the boundary,” says Raghavan. But he is quick to point out, “Since that is unlikely, owing to political considerations in India and China, this will continue. There is no way out.” Unless there is a comprehensive breakthrough, Indian and Chinese soldiers are destined, for now, to try to stare each other out at the LAC.

Mission Impossible? As Global Supply Chains Lie In Tatters, India Aims To Replace China As ‘Factory To The World’

Opinion | Beware! If Foreign Companies Dominate Every Indian Sector, Self-Reliance Can Go For A Toss

From Cheap Hindu Idols To Telecom Equipment: Here’s Why You Can’t Keep Chinese Goods Away

‘Indian Sectors Must Serve Both Domestic And Global Demand’

Opinion | India Has Been Trying ‘Atmanirbharta’ Since 2014, Why Hasn’t It Succeeded?

India Must Make No Compromise With China On LAC

After Revocation Of Article 370, Has China Become A ‘Third Party’ To Kashmir Dispute?